Given the media and medical scrutiny over Yasmin birth control, and the concern over the apparent role of drospirenone for increased potential of a blood clot or Yasmin DVT (deep vein thrombosis), most people are reasonably versed in the possibility of adverse health issues through the use of the new-age birth control pill. 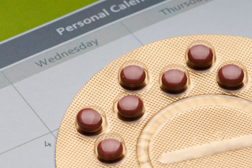 Even the US Food and Drug Administration (FDA) is concerned enough about the potential for increased blood clots to mandate a change to prescribing labels for all birth control pills containing drospirenone. That happened last year.

However, did the FDA - in its cautionary stance - consider Factor V Leiden?

What is that, you ask?

Factor V Leiden is a super-clotting gene that one in five Caucasian women have. Most women don’t even know they have it - and while there is a test available to determine whether or not a woman has the Factor V Leiden gene, it is apparently not routinely administered.

More YASMIN BIRTH CONTROL News
The concern is that women who carry this gene are 35 times more likely to experience a blood clot from taking oral birth control. When use of Yasmin birth control is factored in, and the corresponding increased risk for Yasmin blood clots through the presence of drospirenone, the danger for women carrying the Factor V Leiden gene spikes dramatically.

Yasmin and Yaz lawsuits alleging grievous Yasmin side effects (and also Yaz side effects, since the products are similar and both contain drospirenone) continue to grow. Bayer has been undertaking to settle the lawsuits, but shows no inclination to remove its best-selling products from the market. The FDA continues to remain content with a cautionary warning.

However, any Caucasian woman considering the adoption of Yasmin birth control, should first establish the possibility of the Factor V Leiden gene, and undergo testing.

For any woman carrying the Factor V Leiden gene - regardless of age - the risk of Yasmin blood clots for you just went way, way up…

Posted by
Lisa L
on January 15, 2016
I was also put on birth control after I had my daughter and also unbeknownst to me I had Factor V too. I had a brain hemorrhage caused by a blood clot which caused a seizure. It was the most terrifying experience of my life. I've been through hell the last year dealing with all of this. I was on Yasmin at one point thinking it was a miracle drug! It could have killed me. I think it should be standard protocol to test women for Factor V before putting them on estrogen therapy if they know it could damage them. It's just a blood test.
Posted by
Catherine P. Westveer
on September 19, 2014
I was on the birth control pill back in 2002, after I had my daughter. I had no idea I have Factor V Leiden Heterozygous Mutation. when I was diagnosed with the multiple dvts from ankle to thigh, every vein plastered is when I found out I have Factor V Leiden. I sure wish they tested me back then before they put me on it. I never heard of it until then. cant help but wonder if my life would be different now. Maybe I would not have post thrombotic syndrome in my left leg. or be on life long Xarelto, and maybe could have had more children. because if I knew, I would not have gone on the pill in order to avoid blood clots.