Some women who took Yasmin birth control have suffered side effects that range from blood clots to strokes. For any patient, a stroke can be a life-changing event, but it is especially devastating for a young woman. 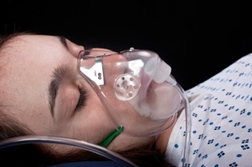 
"She was so young, 21 years old, and fit and active. But after the stroke her entire right side was gone and her speech was gone"
Unfortunately, by that time, Rachele may have been suffering from Yasmin side effects without realizing it. During the time she was on Yasmin, Rachele was working as a snowboard instructor at a ski resort. She was also a cheerleader, worked as a fitness instructor, instructed cycling classes and went to school.

But while she was in Whistler, Rachele suffered from headaches and experienced moments where she lost half her vision. Doctors administered an MRI but could not figure out what was wrong.

"Just two weeks before she had her massive stroke, she lost half her vision," Connie says. "She went to the eye doctor, who found nothing wrong. One day, she got up to go to work. She went to the bathroom, went back to her bedroom and dropped into her bed. We [Rachele's parents] didn't recognize it as being a stroke, so we let her sleep. We thought she was tired from being out night before.

"I've talked to eight or nine doctors who all said they would have let her sleep. But by the afternoon, we thought it didn't seem right, that maybe somebody drugged her the night before. All she was doing was nodding her head at us because she couldn't respond. So we took her to the hospital.

"The nurse in the ER said, 'She's had a stroke.' A CAT scan showed she had a massive stroke on the left side; three of four sections of left side of her brain were hit with it. The doctors say it's the birth control pills. She doesn't smoke, is very active, and had no trace of anything else. They all say it's the birth control because everything has come back negative.

"She had the stroke on June 23. The next day, she was sent to an acute stroke unit until June 29. They sent her to a rehab hospital because she was so young, 21 years old, and fit and active. But her entire right side was gone and her speech was gone.

More YASMIN BIRTH CONTROL News
"Now she can walk, although her ankle turns in a bit. In the past three weeks, she's regained use of her right hand. It's the speech she's having the most difficult time with. She has aphasia and apraxia; the words are there but she can't formulate them. To look at her, you wouldn't think anything's wrong but when you talk to her you realize it. Physically she will recover but not 100 percent because there was too much damage.

"I wish we had been warned more about these side effects. It's amazing how one day your life can be turned upside down. It's had a huge impact on her friends. Some were on Yasmin and have stopped; I have friends who had their daughters taken off it. The doctors have been phenomenal to find out why this happened and the only thing they come to, from a medical standpoint, is the birth control."