More WRONGFUL DEATH News
District Judges have ruled in favor of a Galliano-area woman who filed a wrongful death lawsuit against the Lafourche Parish Sheriff's Office, after an unfortunate incident led to the fatal shooting of her infant son. 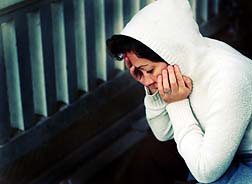 In May 2007, the Lafourche County Sheriffs forcibly entered the home of an assault suspect named Albert Dodge without a warrant, engaging in a shootout that claimed the lives of both Dodge and his 7-month old son. A Deputy Sheriff was also shot.

In a decision reached earlier this month, a Lafourche district judge awarded the child's mother roughly $102,500 in damages for the death of her infant son, and an additional $7,500 for her wrongful imprisonment.

"Certainly, Mr. Dodge's lifestyle contributed greatly to this situation, and I do not make this award lightly," Hugh Larose, the judge who presided over the case, tells the Daily Comet. "But I feel, based on the case law I've reviewed, I am required to do so."

The Sheriff's department has criticized the child's mother for not warning officers that Dodge was armed or that their child was sleeping inside.

If you or a loved one have suffered losses in this case, please click the link below and your complaint will be sent to a civil & human rights lawyer who may evaluate your Wrongful Death claim at no cost or obligation.
Request Legal Help Now

Click to learn more about LawyersandSettlements.com
LawyersandSettlements.com is an online news and information site for the general public and legal community. As a legal news resource, we have emerged as an independent & trusted voice. We provide detailed and quality information on various lawsuits filed including Civil & Human Rights Cases, Criminal Law Cases, and Personal Injury Cases.