An Illinois Appellate Court recently held that an employer must defend against a wrongful death lawsuit alleging that it was negligent in failing to investigate death threats that its employee had emailed to his family from his work computer, and not subsequently protecting the family from the husband’s threatened harm, which resulted in their death. Regions Bank v. Joyce Meyer Ministries, Inc. 2014 IL App. (5th) 130193 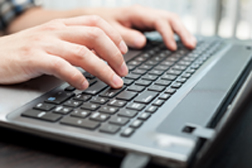 From 2000 to 2009, Christopher Coleman worked in security positions for Joyce Meyer Ministries (JMM). Starting in 2008, and while at work, Coleman used his work computer to email death threats directed at himself, his wife, and their two sons. On May 5, 2009, he killed his wife and sons in their home. Regions Bank, the administrator of the family’s estate, filed a wrongful death lawsuit against JMM alleging that JMM was negligent in failing to protect the decedents from Coleman’s threatened harm. More specifically, Regions claimed that JMM had an electronic communications policy in place that prohibited employees from, among other things, using their work computers to send harassing and abusive emails, that this policy permitted JMM to monitor and inspect any emails sent from its computers and to discipline employees for violating the policy. Regions further alleged that JMM knew that Coleman was using his work computer to email death threats to his family, and JMM failed to protect them by not enforcing its electronic communications policy and disciplining Coleman for violating that policy.

More WRONGFUL DEATH News
Based solely on what Regions had stated in the complaint, and without making any judgment as to the merits of the case, the Appellate Court concluded that Regions had sufficiently pled facts which if true, established that JMM knew of the specific death threats that Coleman had made to family while using its email communications, and that based on its electronic communications policy, JMM voluntarily undertook a duty to investigate those threats and provide protection to the family from his threatened harm, which it negligently failed to do. Thus, the Appellate Court reversed the trial court’s decision which had initially dismissed this negligent claim, resulting in the case going back to the trial court where the parties would be required litigate the actual merits of the claim.

This decision suggests that having the ability and authority to regulate computer use and not addressing violations could open the company to liability, even if the company is unaware of the prohibited activity under its internet, social media and/or computer usage policies, as JMM argued it was. Therefore, employers must be increasingly vigilant in monitoring employee use of work computers and other work-related electronic equipment and, if any violation is suspected, the employer should immediately investigate and take any and all appropriate action to remedy the violation.

Click to learn more about LawyersandSettlements.com
LawyersandSettlements.com - A trusted, independent legal news provider bringing quality news and information on legal cases and lawsuits filed in the United States of America to its readers since 2002. Over 650,000 legal help requests including Personal Injury Cases, and Employment Law Cases have been forwarded to lawyers all across to the country.