A whistleblower is $96 million richer after bringing a federal False Claims Act (FCA) lawsuit against UK pharmaceutical giant GlaxoSmithKline (Glaxo) over deviations in good manufacturing practices at a former plant in Puerto Rico. In total, Glaxo agreed to pay $750 million in penalties and will plead guilty to a criminal charge in relation to a lawsuit brought against the company in 2004. 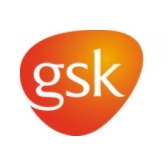 The FCA lawsuit resulted in a government investigation into a manufacturing facility at Cidra that Glaxo was using to manufacture a number of drugs—among them the antidepressant Paxil, as well as Kytril, an anti-nausea medication, Bactroban, anti-infective and Avandamet, a diabetes drug.

Whistleblower Cheryl Eckard was at one time a quality assurance manager employed by Glaxo. Her whistleblower lawsuit alleged that Glaxo and its subsidiary, SB Pharmco, submitted false claims to government health programs ensuring that the products manufactured at the facility were safe and effective, when in actual fact they were not.

According to the 27th edition of the Wall Street Journal, a government investigation found that drugs manufactured at the Puerto Rican facility between 2001 and 2005 contained, at different intervals, inappropriate amounts of active ingredient. Some tablets were also found to have a tendency to split apart.

The findings were found to pose a safety risk.

The settlement, which also involves Glaxo subsidiary SB Pharmco pleading guilty to a criminal felony charge, was announced October 26th. Prosecutors noted that to their knowledge no patients suffered harm as a result of using the adulterated drugs. However, it was important that the settlement and the criminal charge send a message to the industry.

The plant in Puerto Rico at the center of the controversy is now closed.

The settlement is the fourth largest levied against a pharmaceutical company resulting from a government investigation. Pfizer, so far, holds the record with their $2.3 billion penalty to settle allegations the company improperly promoted pharmaceutical products for unauthorized uses.

For 2010, the Glaxo settlement is just one of 145 FCA cases settled this year alone, totaling $3.1 billion in penalties.

According to Taxpayers Against Fraud, a not-for-profit supporting whistleblower lawsuits, other big pharma companies have faced similar scrutiny and have been made to pay the piper in recent years.

WellCare Health paid $137.5 million for defrauding Medicare and Medicaid programs in several states and Mylan, AstraZeneca, and Ortho-McNeil reportedly settled for $124 million after charges of improperly classifying some drugs to avoid rebates.

The whistleblower lawsuit against Glaxo was filed in federal court in Boston, six years ago. Under the federal Whistleblower Act, private citizens who witness or are privy to wrongdoing can file actions on behalf of the federal government, and can share in the proceeds in the event of a conviction or judgment in favor of the plaintiff.
READ ABOUT WHISTLEBLOWER LAWSUITS