A Georgia Surgical Company and its Physician Owner reach $3 million settlement to end a false claims lawsuit brought by a former staff doctor and whistleblower.

A federal whistleblower lawsuit claiming that Dr. Jeffrey Gallups, the owner of Milton Hall Surgical Associates in Georgia, directed his physicians—one of whom blew the whistle-- to order unnecessary tests for their patients to defraud government health programs has reached a $3 million settlement. 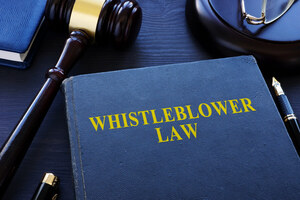 Gallups ordered the wrong doctor to scam the feds. Former staff doctor Myron Jones quit his job with Milton Hall (also known as the Ear, Nose and Throat Institute) in June 2017, two years after being hired at one of its clinics. According to his complaint, Dr Jones feared retaliation for challenging the kickback practices and he challenged these practices by filing a complaint under the False Claims Act.

Jones alleged under seal in 2017 that Gallups and Milton Hall made millions of dollars in kickbacks from health care service providers for sham medical procedures for which they illegally got federal reimbursements, reports Law360. Jones asserted that he and other doctors were told to order unnecessary tests for all patients over the age of 12, and that the patients often received surprise bills for thousands of dollars despite being told the tests wouldn't cost them anything.

(Also in 2017, Stryker Corporation acquired Entellus and chose not to renew its contract with Gallups. In 2020 Stryker agreed to pay $1.2 million to resolve the claims stemming from the alleged Gallups/Entellus kickback arrangement.)


The settlement states that Milton Hall patients were referred to a Texas company called Next Health LLC for unnecessary testing and Minnesota business Entellus Medical Inc., which made devices used in nasal procedures. Gallups received kickbacks from both companies, specifically “a percentage of the revenues that NextHealth received from Medicare, Medicaid and TRICARE." Case records show that Gallups and Milton Hall ran the kickback scam with Next Health for about a year because Milton Hall physicians, including Jones, increasingly complained about the scam. Nexthealth paid Gallups 50 percent of the revenue it received from Medicare, Medicaid and TRICARE in the form of supposed “commissions,” and medical necessity didn’t matter.

The Entellus arrangement ran from 2014 to 2018. Milton Hall physicians were instructed by Gallups to order Entellus products and to increase the number of "balloon sinuplasty surgeries" that involved Entellus products. In return, Entellus provided Gallups and his business with meals, all-expense-paid trips and cash payments. As part of the lawsuit, Entellus has agreed to settle these allegations against itself, while also not acknowledging wrongdoing, and to pay to DOJ $1,2000,000.

Milton Hall’s ENT Institute states on its website that “we pride ourselves in being the urgent care for your ear, nose, and throat; whether that means issues with sinuses, hearing loss, sleep disorders, or even speech.” And it provides exceptional treatment and care for ear, nose and throat disorders including balloon sinuplasty, allergy treatments, sleep apnea and snoring treatment, hearing aids, voice therapy, tonsils and adenoids.”


According to a press release, Gallups pleaded guilty last October to a separate criminal case: this time he defrauded health insurance companies by submitting fraudulent insurance claims for unnecessary lab tests. He is scheduled to be sentenced in February and faces up to 10 years in prison.


As part of the settlement agreement, Gallups and Milton Hall acknowledge their liability and debt to the government for their violations of the False Claims Act. The Department of Justice states that “Gallups abused his position by accepting unlawful kickbacks in exchange for directing MHSA physicians – often over their objections – to order devices or administer procedures and tests that were not medically necessary,” said U.S. Attorney Kurt Erskine. “In his role, Gallups was uniquely situated to benefit his community.  Instead, he chose to put his personal financial interests above the interests of his colleagues and MHSA’s patients.”

More WHISTLEBLOWER News
If the $3 million settlement amount is not within a year, with payments of at least $100,00 per month, Gallups and Milton Hall are on the hook for all $4.2 million in debt plus post-judgment interest.  Business at Milton Hall Surgery is likely not booming.

From the Department of Justice: “The civil settlement resolves claims brought under the qui tam or whistleblower provisions of the False Claims Act by Myron Jones, M.D., who is a former physician-employee of MHSA. The False Claims Act permits private parties to sue for false claims on behalf of the United States and to share in any recovery. The qui tam case is captioned United States ex rel. Myron Jones, M.D., et al. v. Milton Hall Surgical Associates, LLC d/b/a The ENT Institute and a/k/a the Ear, Nose & Throat Institute, Jeffrey M. Gallups, M.D., et al., Civil Action. No. 1:17-cv-2472 (NDGA). Jones will receive approximately $614,000.00 from the settlement.”