LAWSUITS NEWS & LEGAL INFORMATION
Home Page >> News Articles >> Half of All US Workers Are Women: All Ey..

Half of All US Workers Are Women: All Eyes on Supreme Court Interpretation

Along with Washington Wrongly Denied Disability Claims, is the issue that some women are still having with their employers in terms of reasonable accommodations when they become pregnant. Were a pregnancy to become complicated, requiring additional time off work with short-term and even long-term disability benefits, it behooves an employer and its insurer to accommodate a valued employee. 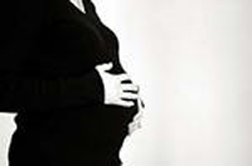 That’s important, according to Ruth Marcus, writing in The Washington Post (12/3/14). Marcus reminds us that half of all US workers in the modern economy are women, with growing numbers of women serving as major breadwinners in a family household. Marcus writes that 75 percent of those female workers are expected to become pregnant in their lifetime. With women comprising such a large segment of the workforce, one would expect that employers would have protocols in place to accommodate a worker when pregnant.

All too often, however, it takes a court case to force the issue.

Plaintiff Peggy Young was working as a driver for United Parcel Service Inc. (UPS) in 2006 when she became pregnant. According to a Washington Post report (12/4/14), Young’s doctor stipulated that her package lifts be limited to 20 pounds early in her pregnancy, and 10 pounds later in her pregnancy. Given she was on an early-morning shift at the time - a time of day that normally involved mostly letters and small packages - Young did not see this as a hindrance.

However, at the time, UPS did, noting that Young’s request for light duty during her pregnancy was inconsistent with company policy. The plaintiff had little choice but to take an unpaid leave from her job - a time during which she received no medical benefits. Young briefly returned after her daughter was born, but subsequently filed a complaint with the Equal Employment Opportunity Commission. In 2009, she left UPS and filed a lawsuit in federal district court in Maryland. The district court granted summary judgment for UPS, with the US Court of Appeals for the 4th Circuit affirming the decision.

More WASHINGTON DENIED DISABILITY News
Now it’s on to the US Supreme Court (Peggy YOUNG, petitioner, v. UNITED PARCEL SERVICE, INC. Case No. 12-1226, Supreme Court of United States, October 7, 2013.), which is currently debating the Pregnancy Discrimination Act of 1978 and how it might apply to Young’s case. Young has yet to receive a trial for her case.

The outcome could have an impact on how employers - and insurers - accommodate half the American working public. It should be noted that UPS, according to The Washington Post, has announced that it will begin to accommodate pregnant workers by allowing light duty as of the first of January.

Click to learn more about LawyersandSettlements.com
LawyersandSettlements.com is an online news and information site for the general public and legal community. As a legal news resource, we have emerged as an independent & trusted voice. We provide detailed and quality information on various lawsuits filed including Insurance Cases, Consumer Frauds, and Drugs & Medical Cases.