LAWSUITS NEWS & LEGAL INFORMATION
Home Page >> News Articles >> More Than One Way to Skin a Cat Over Was..

This is a Washington long term denied disability lawsuit story with a difference. Rather than having been denied disability benefits, a union representing Washington County and City employees alleged they were overpaying for their benefits. The revelation was especially hard to swallow in the wake of layoffs, job furloughs and wage freezes that stemmed from the economic downturn that hit in 2008. 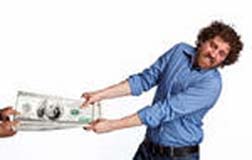 The American Federation of State, County and Municipal Employees union (AFSCME) filed a grievance with Snohomish County legislators last summer and a $1.3 million settlement was finalized this past July.

According to The Daily Herald (7/28/14), the union agreed to cooperate with the county when the need to save costs and economize county operations arose. Amongst the hits to the union membership, including the aforementioned wage freezes and work days (and pay) lost to furlough, were members who lost their jobs due to economic forces - about 130 people.

In an effort to save jobs and mitigate losses, the union looked around for other savings and began to scrutinize their benefits packages, including premiums for Washington Long term disability. In the process, they discovered they were overpaying for their benefits.

The savings were gratifying, but also hard to swallow given that such cost savings might have saved a few jobs that were instead lost to layoffs.

Various Washington Wrongly Denied Disability Claims allege just that - legitimate claims for LTD payments based on a very real disability that is challenged, or denied by the insurance provider, carrier or administrator. But what about employees who do not have a disability, but are overpaying for their benefits? Certainly not exactly Washington Long term disability fraud, but certainly a situation that might have resulted in more money in an employee’s pocket had those overpayments not existed.

The union filed a grievance last August, alleging that county administrators under-funded its self-insured health care plan by $1.3 million. On July 2, 2014, a settlement was reached after the situation was corrected. While no actual dollars will be going out, members’ premiums for self-insured health care will be lowered by a total of $1.3 million - the amount of the alleged under-funding.

More WASHINGTON DENIED DISABILITY News
Denied disability claims in Washington should rightly be met with a Washington long term denied disability lawsuit. However, there are other types of denials - including hard-working individuals and families who are made to pay too much for health care benefits, either by poor management or a pre-existing “cozy” relationship with a carrier (although that did not appear to be the case here…).

It’s all, in sum, an exercise in fairness regardless of the issue at hand. And LTD insurance that presents as long term disability fraud insurance - regardless of what form that fraud takes and however minor - must be met with the proper response.

To that end, a Washington bad faith insurance lawsuit can just as easily be about wrongfully denied claims or insurance coverage that simply costs too much…

Click to learn more about LawyersandSettlements.com
LawyersandSettlements.com is an online news and information site for the general public and legal community. As a legal news resource, we have emerged as an independent & trusted voice. We provide detailed and quality information on various lawsuits filed including Insurance Cases, Consumer Frauds, and Drugs & Medical Cases.