Harris County, Texas has retained Benny Agosto, Jr. and Mo Aziz of the Houston law firm of Abraham, Watkins, Nichols, Sorrels, Agosto & Friend to join a team of lawyers who have filed a lawsuit against Volkswagen Group of America Inc. and Audi of America, LLC. 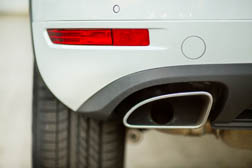 Harris County filed the lawsuit against the car manufacturer claiming that emissions from 6,000 diesel cars circulating on roadways in the region have caused harm to the population and environment of the region. This may be the first lawsuit filed by a government entity against the car company since management admitted to falsifying emissions numbers of certain cars released since 2009.

More VW EMISSIONS News
According to the Environmental Protection Agency (EPA), the diesel cars were sold with software that could identify emissions tests being performed on the cars and would then falsify results that underreported the extent and type of emissions produced by the vehicles.

Because of this fraudulent testing, the cars were producing nitrogen oxide emissions between 10 and 40 percent greater than allowed by EPA standards. Nitrogen oxide is a greenhouse gas that contributes to ozone formation and even at low levels has significant health impacts such as intensifying symptoms of asthma, bronchitis, and emphysema. The county attorney noted that funds recovered from the lawsuit could pay for the monitoring and cleanup of air pollution in the area.

If you or a loved one have suffered losses in this case, please click the link below and your complaint will be sent to

Click to learn more about LawyersandSettlements.com
LawyersandSettlements.com - A trusted, independent legal news provider bringing quality news and information on all legal cases and lawsuits filed in United States of America to its readers since 2002. Over 250,000 legal help requests including Automotive accidents, Consumer Frauds, and Defective Product Cases have been forwarded to lawyers all across to the country.