Reaching a Settlement for Kome Restaurant Workers takes a Community

It takes a Community to support low wage workers and seek justice for California wage theft violations: A Kome restaurant server and spokespeople for the Chinese Progressive Association and Asian Law Caucus weigh in.

Attorney Winni Kao with the Asian Law Caucus wants workers to know there are community groups and government agencies to help with California labor violations, particularly wage theft. “We encourage workers to stand together as they are likely all experiencing the same violations,” says Kao. Such was the case with Kome Japanese Seafood Buffet workers. This case illustrates that with brave workers and community support, employers are on the hook. Kome owners will pay $2.6 million to 133 workers. 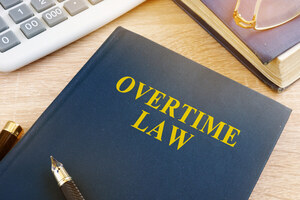 A group of immigrant workers in 2017 decided to take action against their employer after enduring years of mistreatment. They reached out to the Chinese Progressive Association and the Asian Law Caucus and in partnership with the Labor Commissioner’s Office, the workers have begun to receive this $2.6 million settlement for unpaid minimum wages, no overtime for 10-11 hour work days, stolen tips, and other labor violations.

In June 2018, LawyersandSettlements reported that Kome was one of seven restaurants under investigation by the Commissioner's Office after workers reported complaints of wage theft to the Asian Law Caucus, a San Francisco non-profit that advocates for the legal and civil rights of low-income Asian Pacific American communities. The Kome case, and many others like it, illustrates how workers’ persistence, along with the support of public agencies and the community, will win justice-- and employers have to pay the bill.

“The folks who come [to the Asian Law Caucas] have never seen an attorney. They don’t know their rights or understand their legal options,” says Kao. “They are afraid to raise issues because they are terrified of retaliation-- losing their job.”

Kao emphasizes that during COVID jobs are scarce, particularly in the restaurant industry, as we all know too well. Workers’ benefits are running out and they need to pay bills. “This situation leads to an environment where workers are willing to accept more abuse potentially to keep their job,” she says. “We have seen workers struggling to decide whether to go back to work – it may not be safe. They are going back because they have to put food on the table. It’s a choice between their health or paying the rent.”

Wage theft is an ongoing problem in low-wage industries (not just Asian eateries) and it clearly continues to be a problem during this pandemic. Kao and her colleagues want workers to know there are community groups and government agencies to help. “Typically workers we see are often wary of government agencies, but they do trust community organizations,” adds Kao. “The Kome case is unique because it was collaborative: brave workers who came forward and community organizations worked with the California Labor Commissioner's Office Bureau of Field Enforcement (BOFE) to get justice.”


One of those brave workers is Chiu Ping Tam Ping, a former server at Kome, who was hired in 2013. Through an interpreter, Ping told LawyersandSettlements that in January 2019 “our employer informed us from a piece of paper posted on the main door they were closing for renovations and they never re-opened.” Ping became an Uber driver but went on unemployment during the pandemic.

“Our employer stole tips from us on a daily basis. They said it was company policy; it was their right to take our tips because buffet customers sometimes ate without paying so employers took that lost revenue from the tip pool.”

“I was treated unfairly many times, and that anger helped me conquer my fears. As a result, I joined the organizing efforts and learned that with unity comes protection for all of us,” says Ping.


“We have become a source of confidence and support for many in the Chinese immigrant community in particular because we have a long track record of providing education and services along with a language and cultural bridge,” says spokesperson Joyce Lam. “While many of the Kome workers are bilingual, they come to us to take action together, as a community. They know that CPA has a history of helping low-wage workers get justice and back pay.”

More UNPAID WAGES News
CPA has a worker rights clinic where staff offers a free consultation. “We explain their basic situation and federal labor rights that apply to them,” explains Lam. “We will examine their work conditions by talking and gathering information. Together we come up with a plan to address the issues they face. The next step could be either going to the municipal or state enforcement agencies. Or it could also mean taking direct action by negotiating and working with the employer.  If we decide together to get involved, we can visit the employer together.”

“What strikes me about this Kome case is that so many things workers worry about actually happened,” adds Kao. “The restaurant closed, there was retaliation, the employer tried to hide and move assets, and then the pandemic hit. Despite all these things, the Kome outcome shows that even when the worst happens, when workers come forward, stand together and demand their rights, they can still win.”