The phrase donning and doffing is used to describe situations where employees put on or take off special gear or clothing for their work, but donning and doffing lawsuits are part of a larger area of litigation known as unpaid wages litigation, where employees are not properly paid for all their time involved in work-related activities. Employees may have employers who demand they complete work-related activities before or after their shifts but refuse to pay employees for that time. Unpaid wages litigation is increasing as workers become more aware of their rights, and of what activities employers must pay them for. 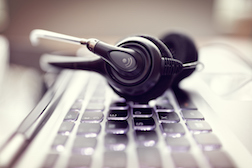 "We see a lot of violations in the call center realm," Jason T. Brown, former FBI legal advisor and current head of JTB Law Group, LLC, says. "Typically, call center employees are only paid for the time the worker is on the phone. When the employer claims he only has to pay for time on the phone, it's the perfect recipe for shorting workers of their wages."

That's because call center workers spend time logging into and out of computer systems and phone systems, preparing necessary emails, and performing other tasks sometimes before and after their shifts, even though these activities are vital to their job. And although call centers frequently face complaints of unpaid wages, Brown says he sees these issues arising in other industries, as well.

"This can happen in almost any industry," Brown says. "I see it in banking, where it's common for banks to require employees to make sure the building is secure by conducting an inspection before shift. In the food industry, we see pervasive violations of all sorts. It could be claiming tip credits when the employee is doing non-tipped work, or not paying overtime properly because of tip credits. A lot of employers compute tip credits improperly."

Employees who think they have an unpaid wages claim can speak with an attorney to discuss their rights. Brown notes that his firm does not charge any upfront fees for a consultation—often individuals might hesitate from speaking with an attorney because they fear that doing so will cost them. And although employees can bring paystubs with them, Brown says attorneys will corroborate the information as well, so not having pay stubs doesn't mean the end of a claim.

In cases where the courts side with plaintiffs, employees can recover lost wages with the possibility of double wages, depending on state law and the nature of the violations.

More UNPAID WAGES News
Among frequent wage and hour complaints are claims involving pre- and post-shift work, such as logging into or out of computer and phone systems; mandatory pre- or post-shift meetings; and misclassification cases, such as those where employees are classified as salaried or administrative when they should be considered hourly. Employees should note that even if they work from home, if they are conducting work-related activities, they should be paid for their time.

"In the call center paradigm, at home call center workers are very popular but they are often shorted wages," Brown says. "It can take 30 to 60 minutes to boot into the necessary systems and processes, and the employer will tell them this is part of their work. If it's at the request of the employer they should be paid."