What is the price of employee health and safety?

U.S. Minerals, Inc. has agreed to plead guilty to a federal misdemeanor charge under the Clean Air Act (CAA) and to pay a criminal penalty of $393,200. The mining company has also agreed to a medical monitoring program for current and former employees who have been exposed to elevated levels of arsenic. Employees who take advantage of the medical monitoring program will not forfeit their right to pursue civil lawsuits, including unpaid wages claims, as the facts dictate. In addition, U.S. Minerals has also offered to settle a civil lawsuit brought by the Occupational Safety and Health Administration (OSHA) for $106,800. 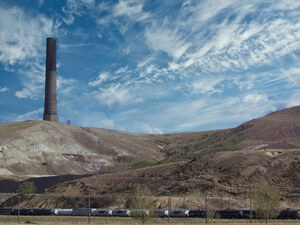 
U.S. Minerals operated a plant to turn mining waste into roofing materials in Anaconda, the site of the infamous Anaconda Copper Mine and a Superfund site. From 1884 to 1980, the mine smelter was the cornerstone of the local economy. It closed in 1980, leaving behind more than 300 square miles of soil and water contaminated with heavy metals. The Environmental Protection Agency added the site to the National Priorities (Superfund) List in 1983.

Since then, the EPA has worked with the community and other stakeholders to clean up the site and support its redevelopment. U.S. Mining converted black slag from a towering pile near Anaconda into roofing materials called Black Diamond Abrasive Products. The slag is smelter waste from around 100 years of historic copper processing, and contains a variety of toxic substances including inorganic arsenic.

A dubious timeline for risk reduction


The arsenic from smelting tends to bind strongly to soil and can be expected to remain near the surface of the land for hundreds of years as a long-term source of exposure. Exposure to arsenic is known to cause lung and skin diseases, including an increased risk of skin cancer, and may also cause cardiovascular effects and other cancers. It is especially dangerous to growing children.

Not surprisingly, according to a 2016 report by the National Institute for Occupational Safety and Health, five of six employees tested at the U.S. Minerals’ Anaconda plant in July 2015 had elevated levels of arsenic. At the time, respiratory protection was provided but not required, and there was no running water or handwashing stations at the plant.

The company allegedly exposed employees at its Anaconda plant to inorganic arsenic as high as 4.75 times the permissible limits from July 2015 to at least February 2019. Operations were shut down in February 2019, only to resume a month later on U.S. Mining’s promise to provide the state with quarterly medical monitoring reports related to arsenic and lead testing results on employees. Documents provided by U.S. Minerals to the state of Montana showed that there were still employees who periodically tested high for arsenic and lead. The Montana plant is now closed, but the company still operates five plants in five other states.

More UNPAID WAGES News
Under the CAA, EPA sets limits on certain air pollutants, including setting limits on how much can be in the air anywhere in the U.S. The goal is to ensure basic health and environmental protection from air pollution for all Americans. Enforcement actions range from civil fines to criminal prosecutions.

To be clear, however, what workers who have been exposed to arsenic and lead poisoning at work get from CAA enforcement actions, like those taken against U.S. Minerals, is cleaner air, and perhaps a health monitoring program. OSHA applies similar standards and has similar remedies at hand that are specific to the workplace.

Neither law necessarily provides compensation to victims for the pain, suffering and health harm they have suffered. There are no funds for medical treatment that may become necessary.

Those kinds of remedies are only likely to result from a class action civil lawsuit. The evidence supporting the criminal action and perhaps the OSHA settlement may be useful for those who want to pursue a private remedy.