Fourth Circuit Says “No” to Counting Commissions for Minimum Wage

On November 24, the Fourth Circuit gave new life to a Fair Labor Standards Act (FLSA) lawsuit brought by restaurant workers who accused their employer of violating the FLSA’s minimum wage and overtime requirements by mis-classifying gratuities and permitting ineligible employees to share in the tip pool. Wai Tom v. Hospitality Ventures LLC wades into a dense thicket of questions surrounding how the FLSA protects tipped workers. 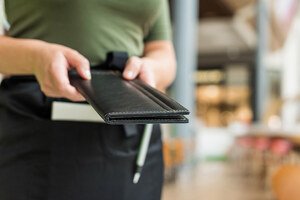 The Fourth Circuit reversed the District Court’s grant of summary judgment for the defendant. Otherwise, the decision is a mixed bag for the plaintiffs.

How tips and other gratuities were distributed at the restaurant


Ãn Asian Cuisine was an upscale, fine-dining sushi restaurant in Cary, North Carolina. A substantial portion of the restaurant’s income came from large dinner parties, sometimes including groups as large as seventy. It seems to have functioned almost like a banquet hall.

While working at the restaurant, Servers and Server Assistants received compensation from four sources: In July 2014, the restaurant instituted a tip pool for its evening shifts, pooling together all tips and automatic gratuities. This pool was distributed among employees who did several different jobs. The dispute focuses on the treatment of the automatic non-discretionary gratuities and the tip pool.

On February 21, 2017, the plaintiffs brought a collective action under the FLSA alleging that the restaurant violated the FLSA’s minimum wage and overtime requirements in two ways: The District Court dismissed the Complaint. It held that the restaurant satisfied its FLSA obligations in most weeks if the automatic non-discretionary gratuities were counted as commission payments under the FLSA. With respect to the remaining weeks, the court held that the restaurant satisfied its FLSA obligations by operating a valid tip pool. The servers appealed the decision to the Fourth Circuit.


Under federal law, the minimum wage is currently $7.25 an hour. This applies to all non-exempt workers, including tipped workers. The FLSA, however, permits employers to take a credit towards their minimum wage obligation for amounts above a $2.13 floor for workers who qualify as “tipped workers.”

In order to qualify as a tipped worker, an employee must customarily and regularly receive more than $30 per month in tips. If an employee's tips combined with the employer's direct (or cash) wages of at least $2.13 per hour do not equal the minimum hourly wage, the employer must make up the difference. Importantly, tipped workers are eligible for overtime calculated on the basis of the current minimum wage of $7.25, NOT the floor wage of $2.13.

Tips are the property of the employee, but an employer may establish a tip pool. A valid tip pool may not include employees who do not customarily and regularly received tips, such as dishwashers, cooks, chefs, and janitors.

How the FLSA applies to workers who receive commissions


Workers who receive commissions may not be eligible for overtime. For employees like the servers at the restaurant, who make several different kinds of compensation, the calculation can become extremely complicated. In Wai Tom, it matters a great deal how that non-discretionary gratuity is classified. That determination is significant at several points in the calculation.

More UNPAID WAGES AND OVERTIME News
If an employer chooses to use what is referred to in the lawsuit as “the Section 7(i) overtime exemption” to FLSA, workers are not entitled to overtime. Classifying compensation as commissions can benefit an employer. However, three conditions must be met: The unusual nature of the restaurant’s business makes this an arguable point. Both the District Court and the Fourth Circuit seem to have found the fact that the gratuities were generally mandatory rather than “suggested” persuasive, and thus might count in overtime calculations. However, the Fourth Circuit also ruled that the gratuities could not be used to determine whether the employer had met its minimum wage obligations under FLSA. Finally, it remanded the question of whether one “back-house” worker, in particular, might have been ineligible to participate in a valid tip pool.

If you or a loved one have suffered losses in this case, please click the link below and your complaint will be sent to an employment law lawyer who may evaluate your unpaid wages and overtime claim at no cost or obligation.
Request Legal Help Now