Are Apprentices at risk of losing their day in court?

On November 2, a group of Chipotle Apprentices (entry-level managers) filed a petition with the U.S. Supreme Court asking that their wage & hour lawsuit not be reviewed. Their lawsuit, originally brought in New York as Scott v. Chipotle Mexican Grill, Inc., seeks overtime pay for workers who were misclassified as managers and thus not protected by wage and hour laws. 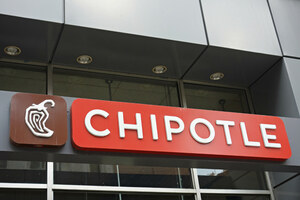 Their request is puzzling at first. This kind of wage theft is endemic. If you were a plaintiff and had confidence in the merits of your lawsuit, wouldn’t you want it to go to the high court?

But following the progress of an unpaid wages and overtime lawsuit is sometimes (incongruously) like listening closely to music. Careful listeners follow both the melody and the bassline. The melody may be where most people connect, especially if it’s easy to recognize. But sometimes the bassline, the rhythm, the structure is where the changes happen. In Scott, it’s all about that bassline; and the bassline is about keeping workers from having their day in court.

But first, the melody – different pay for the same work


Chipotle employs salaried staff, called Apprentices, to work in thousands of restaurants alongside hourly employees. According to the Apprentice job description, which is uniform for all Chipotle locations throughout the country, Apprentices “lead the successful day-to-day operations” of the restaurant “by example” and by “serving as a role model” to the rest of the crew.

Apprentices are expected to work between 50 and 55 hours per week. According to their Complaint, they spend most of their time working on the assembly line, filling orders, grilling food and preparing salsa, guacamole and chopping vegetables, just as hourly employees do. Based on their salaries, however, Apprentices make only $1 to $2 more than hourly employees, who may collect overtime if they work the same hours. That new promotion and fancy title can actually cost an Apprentice money.

Maxcimo Scott filed this lawsuit in 2012, alleging that Chipotle had misclassified its Apprentices as “exempt” from overtime in violation of the FLSA and New York state law. Ultimately, 516 other Apprentices joined the lawsuit, and it was amended to include other state law claims.

The bassline – how to get to court


But the apparent injustice of different pay for the same work, a story to which many workers can relate, is not what the argument before the Supreme Court is about. Following the bassline takes some appreciation of how hard it is for low-wage workers to bring a wage and hour lawsuit.

The only practical way for most workers to have their arguments heard in federal court is to join with others who have a very similar issue. There are essentially two ways to do this – through a class action lawsuit or a “collective action” lawsuit under the Fair Labor Standards Act (FLSA). These are similar in some ways but not identical. The differences may turn out to be important.

Federal class action lawsuits must meet the four tests set out in Rule 23 of the Federal Rules of Civil Procedure. Briefly, a group of plaintiffs may join together in a class action lawsuit only if: In 2017, the Second Circuit determined that, because the Apprentices did different jobs in different locations, the proposed class in Scott could not qualify under Rule 23.

In support of the petition for certiorari before the Supreme Court, attorneys for Chipotle argue that substantially similar standards should apply to class certification under the “collective action” provisions of the FLSA. Attorneys for the Apprentices, on the other hand, lean heavily on the purposes of the FLSA and the fact that Apprentices share a common job description throughout the country. The bottom line, however, is that unless the Chipotle workers can go forward together as a class, there is no way any of them could afford to sue.

A law firm known for its representation of employers in wage and hour lawsuits said the quiet part out loud in one of its publications:
“Appellate courts are reluctant even to review conditional certification decisions, but decertification remains a viable if expensive means [for employers] to defend [against] collective actions under the FLSA.”

Let’s make things simple; do it my way


Chipotle’s argument urging the Supreme Court to review the case focuses particularly on the fact that different federal circuits have decided questions about the certification of plaintiff classes in collective actions differently. Resolving a split between the Circuits is one of the principal reasons that the Court decides to hear a case.

More UNPAID WAGES AND OVERTIME News
In this lawsuit, however, Chipotle’s apparently reasonable plea for simplicity may mask a more fundamental motive. For employers, decertification is the name of the game. A rule that is simpler, while fine in theory, may mean that fewer workers have a way to enforce wage protections that are a matter of federal law.

That’s the bassline. And it risks drowning out the melody entirely.

A pro-employer precedent from the Supreme Court could seriously limit legal protections for workers. Since the death of Justice Ruth Bader Ginsburg and her rapid replacement, there is abundant reason to fear that the Court will resort to facial interpretations of the law, “strict construction,” if you will, without regard to underlying policy. In Scott, avoiding this result may now be a part of the basic strategy.

If you or a loved one have suffered losses in this case, please click the link below and your complaint will be sent to an employment law lawyer who may evaluate your unpaid wages and overtime claim at no cost or obligation.
Request Legal Help Now