More SECURITIES FRAUD News
A stockbroker arbitration has resulted in a huge award for investors who alleged they were victims of securities fraud. The investors filed the FINRA arbitration against UBS Financial Services for "Principal Protected Notes" issued by Lehman Brothers. Following the hearing, a three-person arbitration panel awarded the investors $2.2 million. 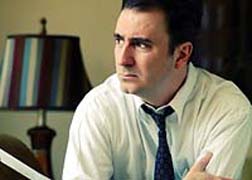 According to the complaint, investors were told that "Principal Protected" Notes were a product that combined the safety of fixed income with the positives of the stock market. Investors say they were not told that Lehman Brothers was the sole guarantor of the notes. Some investors say they did not know that the product they invested in was a Lehman Brothers product. Furthermore, with Lehman Brothers in bankruptcy, many of the "Principal Protected" Notes may have very little remaining value, if they have value at all.

The arbitration was filed by Thomas F. Motamed, chairman of CNA Financial Corp., along with his wife. The complainants alleged breach of fiduciary duty and misrepresentation. Along with the $2.2 million, UBS is ordered to pay interest dating back to April 2008 and the full arbitration fees of approximately $13,000.

UBS said it was disappointed in the panel's decision.

Other FINRA claims against UBS are reportedly pending.

If you or a loved one have suffered losses in this case, please click the link below and your complaint will be sent to a securities frauds who may evaluate your STOCK BROKER ARBITRATION claim at no cost or obligation.
Request Legal Help Now