The offer by UBS Financial Services Inc. to buy back shares of its failing Puerto Rico bond funds may serve to foster positive public relations. However, in the wake of a massive loss of 16 percent or more in the fund’s value over the course of 2013, the question remains if the offer will sufficiently placate investors. 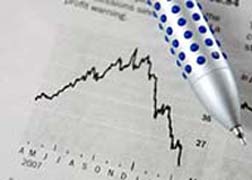 Some investors are alleging UBS securities fraud, and are considering litigation.

According to a report published by Bloomberg News and posted to Bloomberg Personal Finance at Bloomberg.com (11/25/13), the original 2003 prospectus for the Puerto Rico Fixed Income Fund, showed that shares were offered originally at $10 each. As of November 20, according to Bloomberg and referencing the UBS website, shares carried a net asset value of $3.65. According to UBS, which is Switzerland’s largest bank, the buyback offer would be at net-asset value or below.

Forbes (10/7/13) reports that UBS has sold about $10 billion worth of Puerto Rican municipal debt over the past decade, with a lot of it packaged into proprietary closed-end funds such as the Puerto Rican Fixed Income Funds. Writing in the New York Times (10/2/13), financial reporter Susanne Craig noted that UBS clients “had piled into highly leveraged bond funds run by UBS and were encouraged by its brokers to borrow even more money to invest in those funds,” Craig noted. “In some cases, money was lent improperly, exacerbating current losses, according to UBS employees in the region close to the situation, who spoke on the condition that they not be named because of a company policy against speaking to the news media.”

The product’s apparent risk may not have been properly communicated to investors, given the size of the municipal debt in the commonwealth and the fragility of the economy. This appears to have come back to haunt UBS as the Puerto Rican economy tanked.

“Now, a number of UBS clients have been forced to liquidate hundreds of millions of dollars in holdings in these funds to meet margin calls,” Craig continues, in her report in the New York Times. “And [UBS] says it has begun an internal investigation into the lending practices of some of its top-producing brokers in the commonwealth.”

The swirling questions over lending practices fuel accusations of UBS securities fraud and potential lawsuits, especially given the reference in the New York Times report that UBS placed one broker on administrative leave following claims the adviser had encouraged clients to purchase securities by way of lines of credit, which is a violation of UBS policy.

More UBS CLOSED END FUNDS News
Those whispering shareholder fraud note the $1.5 billion paid out by UBS in 2012 to settle claims that traders and managers had manipulated global benchmark interest rates. Also in 2012, UBS paid a $26.6 million settlement following accusations by the US Securities and Exchange Commission (SEC) that UBS and two UBS executives based in Puerto Rico made misleading statements to investors.

In 2012 - apparently a challenging year for UBS - a former UBS trader was found guilty of fraud that resulted in a multibillion-dollar trading loss at UBS. The trader was sentenced to seven years in prison.

Will investors having purchased UBS Puerto Rico Closed-End Funds see themselves placated by the buyback offer by UBS Financial Services Inc.? Or will they decide to seek the services of a UBS securities fraud attorney and go the route of the securities lawsuit, in an effort to recover losses and also possible compensation? Time will tell. But time is not something a lot of older investors have much of…

If you or a loved one have suffered losses in this case, please click the link below and your complaint will be sent to a securities fraud lawyer who may evaluate your UBS Closed End Funds claim at no cost or obligation.
Request Legal Help Now