More News
Three years after her death, Anna Nicole Smith's inheritance lawsuit may finally have come to an end, as a federal appellate court panel recently ruled that Smith's estate is not entitled to any of the $1.6 billion left behind by the former Playboy model's late husband, J. Howard Marshall. 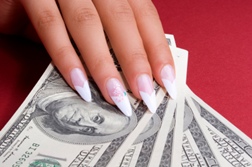 The ruling closes a 15-year legal battle that has actually outlived both of the parties directly involved with the case. Marshall, who died in 1995, left no provisions in his will for Smith, to whom he had been married for 14 months at the time of his passing.

While a bankruptcy judge initially awarded $450 million to Smith - an award that was later reduced to $88 million - a Texas probate court later ruled that Marshall's son, Pierce, was the primary beneficiary of the will and gave him control of his father's estate, according to People Magazine.

Pierce Marshall died in 2006, and Smith passed away the following year, but the legal battle continued.

This most recent ruling upheld the Texas court's ruling that Marshall was mentally fit when he left the bulk of his fortune to his son. Attorneys for Smith's estate told the New York Post that they have vowed to continue pursuing their legal options.

If you or a loved one have suffered losses in this case, please click the link below and your complaint will be sent to a family law lawyer who may evaluate your claim at no cost or obligation.
Request Legal Help Now