More TRUSTS AND ESTATES News
The siblings of a 14-year-old girl with cerebral palsy who starved to death in her mother's apartment have settled their civil lawsuit against the social service agency they held responsible, earning nearly $2 million on behalf of their sister's estate. 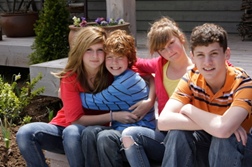 The MultiEthnic Behavioural Health agency had been contracted by the Philadelphia Department of Human Services to provide services for 14-year-old Danieal Kelly and her siblings. In August 2006 Kelly's body was found in her mother's apartment, and the cause of death was later determined to be starvation.

Kelly's parents were initially named as key beneficiaries of the estate, though they were subsequently removed after charges of child endangerment and third degree murder were filed against them.

A retired judge has been appointed the administrator of Kelly's estate and will distribute the net proceeds of the settlement among her 12 siblings, including her oldest brother, who has already received $50,000 in a related settlement.

"We're pleased to have this resolution on behalf of the siblings," Kelly's attorney Roy DeCaro told the Philadelphia Daily News.

The four former employees of MultiEthnic considered responsible for the incident are currently facing criminal charges for negligence and fraud.

READ ABOUT TRUSTS AND ESTATES LAWSUITS

If you or a loved one have suffered losses in this case, please click the link below and your complaint will be sent to a wills/trusts/estates lawyer who may evaluate your claim at no cost or obligation.
Request Legal Help Now