More News
The TCW group, a highly influential money manager and mutual fund, has announced that it is suing its former chief investment officer (CIO) for allegedly stealing confidential information to found a rival company. 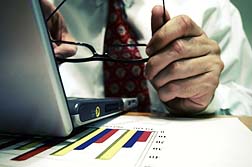 In early December, TCW fired its CIO Jeffrey Gundlach under allegations that his behavior had become erratic and openly confrontational. The company retrieved from Gundlach's office what the suit labels as "inappropriate contraband," ranging from marijuana and drug paraphernalia to a sizable collection of pornographic DVDS, video cassettes and magazines, according to the LA Times.

Gundlach would go on to form a rival financial company, DoubleLine Capital, taking 40 of his former TCW colleagues with him.

The lawsuit claims that Gundlach had schemed for months with several high-ranking officers within the company to exit the firm with vast amounts of proprietary data that could give his new venture a leg up on the competition.

"What the lawsuit alleges is a systematic pattern of unlawful activity on the establishment of a new business to compete with TCW - all while they were still employed by TCW," TCW's attorney John Quinn tells the Bloomberg News.

If you or a loved one have suffered losses in this case, please click the link below and your complaint will be sent to a wills/trusts/estates lawyer who may evaluate your claim at no cost or obligation.
Request Legal Help Now