Canadian transvaginal mesh lawsuits continue to grow and Canadian class actions have begun against a number of TVM manufacturers, making it the largest legal action ever against a medical device. 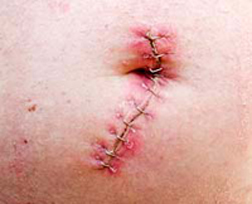 Transvaginal mesh class actions in Canada have commenced against Johnson & Johnson, American Medical Systems, Boston Scientific, and Covidien. And several individual lawsuits have been settled out of court.

There are two American Medical Systems (AMS) class-action lawsuits initiated in Canada with Siskinds Law Firm: one involves alleged injuries to treat Stress Urinary Incontinence (“SUI”) and the other to treat Pelvic Organ Prolapse (“POP”). Both the AMS SUI Class Action and AMS POP Class Action were certified on May 28, 2015. Both class actions claim that AMS marketed and sold the transvaginal mesh devices without properly warning of alleged increased risks of injuries, conditions and complications. They seek damages for personal injuries and damages allegedly suffered by family members - such as loss of consortium.

The class action commenced against Coloplast Canada Corporation in September 2012 will be discontinued on July 15, 2016. The plaintiffs and Siskinds Law Firm, their legal counsel, decided that the class action will no longer be pursued. In February 2016, they filed motion materials with the Ontario Superior Court of Justice to obtain approval of the discontinuance. Although Coloplast denies liability, it has agreed to attempt to settle certain claims on an individual basis. It will continue to consider the settlement of individual claims of which it is given notice by Siskinds until November 14, 2016.

This discontinuance only relates to the Coloplast transvaginal mesh class action.

Several Canadian women who suffered transvaginal mesh complications have reached a settlement with one of the mesh manufacturers. CTV National News (January 2015) reported that Catherine Buote is among the first of the 35 Canadian women who will be compensated. She cannot name the TVM manufacturer or disclose the amount of the settlement. But she did tell CTV that “compensation will help [but] it won’t return her life, or the lives of the other women affected by mesh, to normal.”

CTV National News (April 2012) reported that the mesh complication rate may be 15 percent; however, the actual number of complications is unknown because Health Canada does not track patients after surgery. The FDA database of “adverse events” is thought to represent about 10 percent of actual injuries in the United States.

Attorney Paul Miller at Will Davidson law firm in Toronto is handling individual lawsuits. As of April 2016, Miller said that 220 Canadian transvaginal mesh cases have settled and about 50 more individuals are getting close to settling.

Other lawyers say their firms are getting two to three new clients every week to work on similar lawsuits. In Canada, there are approximately 3,000 women suing the companies that make the mesh. But that number could be much higher. Health Canada first licensed transvaginal mesh implants for sale and use in Canada in 1998 and has issued warnings about transvaginal complications as recently as May 2014.