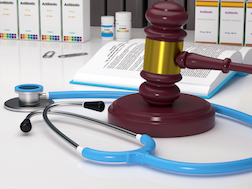 The lawsuit alleges that nine different devices made by Boston Scientific were negligently designed and the company failed to warn women of potential risks, according to Alex Robinson, writing for Canadian Lawyer and Law Times. The plaintiffs claim they suffered adverse side effects after having a polypropylene mesh device implanted to treat SUI, or incontinence, the most common type of urine leak that can occur, even by laughing or coughing. And because SUI is so common, thousands upon thousands of women have been implanted with TVM.

First heard in 2015, the certification motion was adjourned by Perell so that plaintiffs would have another chance to enter more evidence. Perell had determined the plaintiffs would require more evidence to establish that there was some basis in fact for common issues for their negligent design claim, as well as their claim that the manufacturer had failed to warn.

More TRANSVAGINAL MESH News
Daniel Bach, one of the lawyers representing the plaintiffs said this class action is the first to be certified on a contested motion. Bach told canadianlawyermag that the action is a “big victory for our clients who are trying to get into court to have a judge adjudicate whether or not the products that were put in their body were safe and fit for their use and whether or not they were properly warned of any dangers in the products.”

He went on to say that it is rare for judges to adjourn certification proceedings to allow plaintiffs to submit further evidence and even rarer for those actions to subsequently be certified on return.

Several TVM lawsuits have been settled in Canada . Attorney Paul Miller told LawyersandSettlements that one Canadian law firm reached a proposed settlement of $2.3 million for their 20 Canadian clients.

According to regulatory filings, Boston Scientific reported it still faces more than 25,000 claims.