It happened in just seconds. As hundreds of people aboard an LA commuter train headed home late on the afternoon of September 12th, the engineer at the throttle of a Metrolink commuter train ran a red light. In the blink of an eye, it collided head on with a Union Pacific freight train. Twenty-five people were killed and dozens of others were injured in the Chatsworth Metrolink accident. 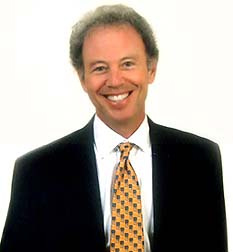 It was the worst commuter train disaster in the city's history. That unprecedented disaster is now being followed by an unprecedented and extremely complex legal action. One of the lawyers at the center of the litigation is highly regarded southern California attorney Jerome Ringler of Ringler, Kearny and Alvarez. "These kinds of cases," says Ringler, "require highly experienced civil trial lawyers with significant personal injury and complex litigation experience to do the work effectively."

Time is Running Out

Ringler's firm currently represents about approximately a dozen people involved in the Metrolink crash. At lest four of the cases involve claims by families of people killed in the accident. The others are people who sustained serious, in some cases catastrophic, injuries. "We have a number of clients—but I still believe the vast majority of the individuals who have been harmed have yet to actually select counsel," says Ringler.

For those who may have a substantial claim and not yet stepped forward, the clock is ticking and ticking loudly. "Some of the victims may know about the statute and some may not," says Ringler. According to California laws, claimants have only 6 months from the date of the railway disaster to let their intentions be known to the courts. "It has been only 2 to 3 months since the accident," says Ringler. "Traditionally many people don't hire a lawyer for a year after a tragedy, but in this case it is important that everyone make a decision within six months because the statute is running."

Jerome L. Ringler has more experience representing victims of commuter rail and freight train disasters than any other lawyer in the State of California and is one of the most knowledgeable railway disaster lawyers in the US.

"You have to understand all the ramifications involved in a major rail disaster both technically and procedurally and from a personal injury point of view as well," says Ringler.

It could take years for the Chatsworth crash to be dealt with in the courts and choosing the right lawyer will be critical for those with claims.

As an attorney for 35 years, Ringler anticipates some major challenges in the Chatsworth Metrolink case. One of those challenges is overcoming the $200 million cap on liability. "We believe there is a $400 million or $500 million loss here."

Ringler's view is that legislative change will be required in Washington, D.C. "The cap needs to be lifted and that's a decision that has to come from the United States Congress."

The Ringler firm is careful about the cases it chooses. "We don't take any case where the award will be less than a million dollars and we are very selective," says Jerome Ringler. "We attend to them all with great detail and great care."

"The most important thing to me is that I get every dollar for my client that they deserve and never compromise their rights in order to expedite any kind of resolution," he adds.

Jerome Ringler earned his B.A. from the University of Michigan and his J.D. at the University of San Francisco School of Law. His firm has won more than 100 trials and verdicts totaling more than $250 million. He specializes in Catastrophic Personal Injury cases, Business Torts and Class Action law.

Posted by
David Hatch
on October 10, 2011
Jerry Ringler was my Lawyer in a Railroad Accident Claim back in 1992 he is the Best Lawyer in his Field I will always reccomend anyone to seek him out and speak to him.