A large number of Texas-based employees associated with RMF Nooter Inc. are unhappy with their employer with regard to a lack of compensation for travel time, and are participating in a class-action lawsuit citing violations to Texas Employment and the Fair Labor Standards Act (FLSA). 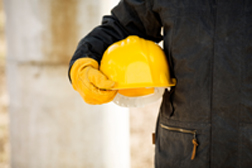 RMF Nooter Inc. is headquartered in Toledo, Ohio, and is described on its website as a heavy industrial construction trades contractor. The plaintiffs involved in the Texas labor and employment lawsuit perform work on the so-called SBU2 Crude Expansion Project at Motiva Port Arthur, Texas.

In their complaint, the plaintiffs hold that they are required to report to a specific location in order to meet up with transport buses, and are then transported to the Motiva facility. Following the day’s toil at Motiva, the workers are loaded back onto the bus and returned to their original point of departure.

The plaintiffs are not paid for the transport time to and from the workplace at Motiva, but feel that they should be under Texas employment law and FLSA. Their complaint holds that the workers are not excluded by the Portal-to-Portal Act.

More TEXAS EMPLOYMENT LAW News
Dozens of plaintiffs are involved. They hold that while they are satisfied getting to and from the embarkation point where they meet the transport buses on their own time, once they board the transport for the ride to the work site - and conversely, once they have returned to the original embarkation point - only then should the clock stop running.

The particular Texas labor and employment law damages sought by the plaintiffs, beyond back wages, were not disclosed.

Posted by
Cody Caldwell
on January 16, 2015
I was working for RMF Nooter during this project and had to ride the busses it was rediculous. I have heard nothing as to whether or not they won this lawsuit.