Stryker Orthopedics Under Fire for Marketing

Stryker Orthopedics has come under fire from the US Food and Drug Administration (FDA) for quality control issues and marketing concerns. Reportedly at issue is the company’s handling of its Neptune surgical waste management products, which were part of a recall in 2012. The concerns are apparently not related to the Stryker Orthopedics Rejuvenate system. 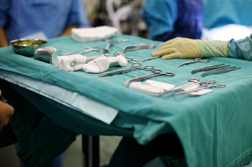 According to Businessweek (3/12/13), Stryker announced that the FDA’s warning letter came after the agency inspected one of the company’s facilities in November 2012. Stryker noted it was cited by the FDA for not telling the FDA about a product recall and for marketing certain devices without having proper approvals.

Among the device included in the warning letter was the Neptune Waste Management System, used in hospital operating rooms to remove body fluids. Certain Neptune Rover Waste Management Systems were recalled on June 8, 2012, after reports of serious injuries - including one fatality - associated with the device. Stryker also said the company has made corrective plans to address the FDA’s concerns.

More STRYKER ORTHOPEDICS REJUVENATE News
Stryker did not note if its Rejuvenate hip replacement devices were part of the FDA’s concerns. The Rejuvenate is a metal-on-metal hip replacement device that was recalled in 2012 due to corrosion. That corrosion could result in metallic debris coming loose from the device and being absorbed by the patient’s surrounding tissue, causing high levels of cobalt and chromium in his or her body, a condition known as metallosis. In some situations, patients require revision surgery to remove and replace the hip replacement device.

Following the recall, Stryker recommended that surgeons consider having blood tests and cross sectional imaging done on all patients who received a Rejuvenate hip system, even if those patients were not experiencing pain or swelling. That announcement was made following reports that patients could have high metal ion levels even without showing signs of an adverse reaction.