Dianne Pingel has launched a hip replacement lawsuit against the manufacturers of the Stryker Orthopedics Rejuvenate Modular Hip System after her hip implant, first received in October of last year, went horribly wrong. 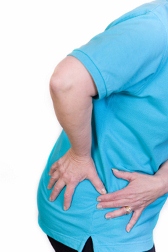 The Record of Bergen County (8/10/12) in New Jersey writes that the Florida woman, aged 66, began to suffer pain within a matter of months after surgery. Following an examination, the implant was found to have been properly placed and there was no sign of infection. However, Pingel was already showing signs of Stryker orthopedics metallosis.

The latter suggests elevated metal levels in the plaintiff's blood, a phenomenon not uncommon for patients receiving the more recent generation of metal-on-metal implants. Previous hip implants have been designed primarily with plastic and other non-metallic components, and historically have been expected to last 15 years or longer. Pingel, given that timeline, could expect to enjoy full use of her artificial hip until well past 80 years of age.

But it was not to be, according to The Record, with the plaintiff filing a hip replacement lawsuit. Doctors would later discover a mass of abnormal tissue forming around her hip in the eighth month following initial implantation—tissue that was removed during a surgical procedure. The Record reports a revision stem was inserted at the time, but the patient's femur fractured during surgery.

More recently, Pingel is reported to have endured further surgeries and has since suffered a dislocated hip. The rash of injuries has confined the plaintiff to a nursing home temporarily, to recover.

It has not yet been a year since her initial surgery.

Pingel's lawsuit, filed earlier this month in New Jersey Superior Court Bergen County, names Howmedica Osteonics, a company doing business as Stryker Orthopedics, according to the report. It was just last month, on July 4th, that Stryker issued a Stryker Orthopedics Rejuvenate Modular Hip System Recall, together with the ABG II implant system. The products have only been on the market since 2009, but were pulled allegedly due to growing reports of early failure.

More STRYKER ORTHOPEDICS REJUVENATE News
It has been reported that when the Stryker products were brought to market, they were touted as having a life expectancy of anywhere between 15 and 20 years. Pingel's artificial hip didn't last 15 to 20 months. An attorney conversant with Pingel's Stryker recall lawsuit noted the more than 60 adverse event reports currently filed with the US Food and Drug Administration (FDA) since the product was first introduced.

The attorney suggested Pingel, who has filed the hip replacement lawsuit with her husband, is presently in a very bad spot and likely is facing stormy seas for the remainder of her life, having suffered pseudotumor formation, bone necrosis and adverse soft tissue reactions. The lawsuit seeks compensatory and punitive damages to cover costs related to medical, hospital, pharmaceutical and rehabilitation requirements. A spokesperson for Stryker told The Record there would be no comment on the pending litigation.