Stryker Orthopedics Metallosis Is Not a Good Source of Iron

As consolidated lawsuits stemming from the Stryker Orthopedics Rejuvenate Modular Hip System Recall continue to pile up in two jurisdictions, industry watchers are circling their calendars for June and July 2015 when two bellwether cases in New Jersey are scheduled to begin. 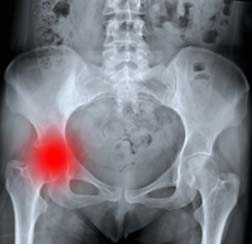 At issue are early failures associated with the Stryker Orthopedics Rejuvenate Modular Hip System that include but are not limited to corrosion of the components causing swelling of surrounding tissue and a condition known as metallosis. The latter is when minute particles of metal that fret from the various metallic hip components are absorbed into the bloodstream, causing Stryker Orthopedics Metallosis, which translates to a serious toxicity in the bloodstream.

In other words, metallosis patients are slowly being poisoned by the hip joints. Beyond the pain, discomfort and lack of mobility from a failing hip joint is the serious health consequence that ensues - and worsens - the longer that failing Stryker hip remains in the body. The response is revision surgery to rid the body of the failing hip joint and the source of the metallosis.

That’s easier said than done. Revision surgery - which involves replacing the defective hip with another product usually from a different manufacturer - can be far more complicated than the initial hip replacement. It can also require more healing time, and involve the potential for increased complications not normally at play for the initial procedure.

Any hip replacement patient requiring extended time off work for a revision surgery so soon after the initial procedure can rightfully be concerned about the compromising of a job or the capacity to earn an income. Employers, told initially that hip replacements are expected to last upwards of 15 years, are presumably not impressed to learn that they are losing an employee for yet another extended absence as early as 18 months after the first operation.

Little wonder so many patients file a Stryker recall lawsuit.

More STRYKER ORTHOPEDICS REJUVENATE News
And there are thousands of them: as of September 15, there were 1,704 on the books consolidated in multidistrict litigation in US District Court, District of Minnesota (In Re: Stryker Rejuvenate and ABG II Hip Implant Products Liability Litigation, MDL No. 2441).

In addition to the Minnesota cases, there are more than 2,000 other consolidated cases pending in Bergen County Superior Court, New Jersey (In re Stryker Rejuvenate Hip Stem and the ABG II Modular Hip Stem Litigation, No. 296). It is here that Judge Brian R. Martinotti has scheduled bellwether trials for June and July of next year.

Between now and then, it will remain to be seen how many additional plaintiffs file a hip replacement lawsuit alleging that the Stryker Orthopedics Rejuvenate Modular Hip System was defective.