Health Canada has stepped ahead of the US Food and Drug Administration (FDA), in announcing a recall of certain lots of components associated with the Stryker Accolade hip replacement devices. Specifically, the agency recalled units of the LFIT Anatomic COCR V40TM and COCR LFIT femoral heads, manufactured before 2011. 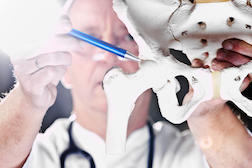 The recall was announced on August 24, 2016, after reports that Stryker received more complaints than expected linked to taper lock failure in the devices. The Stryker Accolade TMZF and the Accolade 2 both include the LFIT V40.

The Stryker Accolade TMZF hip replacement device is made of titanium, iron, molybdenum and zirconium. Concerns have been raised that the device is linked to an increased risk of sudden, catastrophic dissociation of the femoral head and metallosis. A 2015 issue of the Journal of Bone and Joint Surgery shared the stories of two patients who experienced head-neck dissociation of their Stryker Accolade TMZF hip replacements.

"Both patients presented with mechanical symptoms in the hip followed by pain and hip dysfunction," researchers wrote. "Disassembly of the head and deformation of the male taper were seen on preoperative radiographs." Furthermore, researchers noted, both patients also had substantial metallosis. They concluded by recommending that patients with Stryker Accolade TMZF stems—especially those who experience pain or other symptoms—should be regularly monitored.

In 2014, lawsuits were filed against Howmedica Osteonics Corp.—maker of the Stryker Accolade—alleging patients were harmed by their Accolade implants. They further allege the company did not properly test the hip implant to ensure it worked properly and would not corrode or deteriorate after implantation.

"Despite Stryker's claims [the material used in the implant] has been reported to cause corrosion," one lawsuit alleges. "For decades, scientists have reported the occurrence of significant fretting and corrosion issues when dissimilar metals are combined. In its marketing and sale of the device, Stryker represented and warranted that its proprietary materials alleviate this problem."

Mern Direnzo, plaintiff in the lawsuit, reportedly had the device implanted in 2009 but experienced discomfort. An examination uncovered high levels of metal ions and the hip replacement device was removed.

If you or a loved one have suffered losses in this case, please click the link below and your complaint will be sent to a defective products lawyer who may evaluate your Stryker Accolade claim at no cost or obligation.
Request Legal Help Now