Patients who had certain Stryker hip replacements implanted but found themselves ineligible for the 2014 Stryker hip settlement received some good news. Those patients who had the Stryker ABG II Modular Neck Hip Stem and Rejuvenate Modular Neck Hip Stem implanted from 2014 to December 19, 2016, are now eligible to take part in the 2014 settlement. The announcement does not affect the Accolade TMZF, but settlements in lawsuits concerning other hip replacement devices could indicate a willingness to settle Accolade claims. 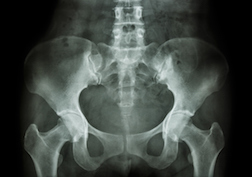 Stryker has faced complaints about multiple hip replacement devices, including Rejuvenate and Accolade. Concerns about Accolade have arisen more recently but like Rejuvenate, they include complaints of premature hip failure and severe pain. Patients who experience premature hip failure must often undergo revision surgery to replace their hip implant. In the case of Stryker Accolade, patients complain of catastrophic dislocation of the implant.

In 2014, Stryker reached a settlement worth approximately $1 billion concerning its Rejuvenate Modular Hip and ABG II Modular hip stems. Those lawsuits also alleged patients were at risk of premature failure. Further, because the hip implants were metal-on-metal, patients were at a risk of metallosis caused by metallic debris coming loose from the implant.

Settlement values start at around $300,000 but individuals who suffered complications that required additional medical treatment could be eligible for a higher amount.

If you or a loved one have suffered losses in this case, please click the link below and your complaint will be sent to a defective products lawyer who may evaluate your Stryker Accolade claim at no cost or obligation.
Request Legal Help Now