Two individuals, two stories, two cases of Stevens Johnson Syndrome. The survivors reside in different parts of the world, but their cases have one thing in common: an allergic reaction to a common medication. 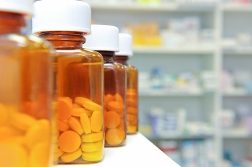 It's most heartbreaking when it happens to a child, as it did for Alex Wallace of Fort Smith, Arkansas. The seven-year-old, according to the Times Record (12/24/12), had become ill with pneumonia in May of last year and suffered an allergic reaction to an antibiotic that contained sulfur.

SJS was the result. But there was more. Stevens Johnson Syndrome fostered bronchiolitis obliterans, a rare and irreversible condition that damaged the boy's lungs.

According to the Times Record the boy is too ill to attend classes and now has to be home-schooled. Alex is restricted to a wheelchair, requires oxygen and physical therapy, and in spite of what has been described as expensive treatments in Houston and Little Rock, may require a double-lung transplant just to survive.

Half a world away, in Dubai, Lynn Credo Del Rosario was fighting TEN (Toxic Epidermal Necrolysis), the most severe form of SJS. In Del Rosario's case, her SJS journey was launched when she began to experience flu-like symptoms and sought an antibiotic from a pharmacist.

Del Rosario's Stevens Johnson Syndrome symptoms quickly escalated to burn-like lesions that encompassed 90 percent of her body. Her doctor, according to gulfnews.com (8/18/12), characterized the extent of her condition as dire, with only the two palms of her hands and scalp deemed unaffected.

"The hospital has received several cases of Stevens Johnson Syndrome in the last six months but they had less than 30 per cent burns," said Dr Kiumars Bayat, a specialist in internal medicine. "This is the first time that we’ve seen such a severe case.

"This disease affects the immune system and varies among patients because some people are more sensitive than others. Lynn is being treated as a burn victim and we have created a unit especially to prevent her from contracting any type of infection," said Dr Bayat.

More STEVENS JOHNSON SYNDROME (SJS) News
"Lynn is fighting for her life and cannot even take a shower without feeling agonizing pain, as the soles of her feet are badly burned," added Sara Abdul Wahab. "She’s been fed with soup because her throat is badly burned as well, and we have been told that unless the payments are made, Lynn’s treatment will be stopped." The patient has no medical coverage for the treatment, a situation many Americans also find themselves in.

It's for this reason that many prospective plaintiffs have sought wise counsel from Stevens Johnson Syndrome lawyers in their quest to seek justice from medication manufacturers.