For Patients with Stevens Johnson Syndrome, Recovery Is Not Certain 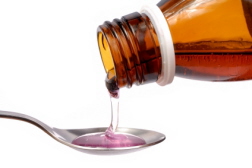 Three stories about Stevens Johnson Syndrome that have been in the news recently highlight how varied recovery to SJS can be. One such story is that of Emilie Nickoloff, who was diagnosed with Stevens Johnson Syndrome four years ago. According to ABC 7 NEWS (06/16/11), Nickoloff had a fever of 104 and a rash on her arms and torso. Nickoloff lost her sight, but an amniotic membrane transplant saved her vision. She had burns all over her body and wound up in a coma.

To this day, Nickoloff does not know what medication caused her severe reaction. Now, four years later, Nickoloff has made a full recovery and is competing in an Ironman triathlon to raise awareness about SJS.

Meanwhile, the story of Brianna Maya, who was three years old when she developed Stevens Johnson Syndrome, shows that some people can live through their ordeal but still suffer lifelong injury. Maya, who is now 13 years old, was recently awarded $10 million in her lawsuit against Johnson & Johnson's McNeil Consumer Products division after alleging that use of Children's Motrin caused her health problems.

More STEVENS JOHNSON SYNDROME (SJS) News
Maya suffered a rash, eye infections and lung damage after taking the Children's Motrin. Now, more than 10 years later, she is still blind in one eye, and has recurring eye infections, lung damage, brain damage, permanent scarring and recurring seizures. According to Dallas Business Journal (05/25/11), the jury deliberated for 10 hours before determining that the defendant was responsible for the harm Maya suffered and awarding the $10 million.

Not everyone survives their Stevens Johnson Syndrome ordeal; and not everyone even knows they have been given a medicine that could harm them. The Altoona Mirror (06/06/11) shares the story of Matt Noel, who died in 1993 from sepsis and respiratory failure related to an allergic reaction to sulfa. Noel was given the sulfa medication after a liver transplant. After developing an allergic reaction to Bactrim, the initial sulfa drug, Noel was then given a second sulfa drug. He died a week after being admitted to the hospital.

Posted by
Gigi
on May 7, 2016
I'm 30 years i also got the steven johnson syndrome,that i thought that could take my life end,but thank's god he gave me a second chance to live.you can't imagine how much i suffer because of that sickness,if you could feel that moment you might wish to die already.as i did..i got blind for two weeks,bandage all over your body,wire all over your body,feedingtube,iv etch..it's been 6 months since i got off from the hospital but still recovering..my vision is way different now,also my skin..how i wish it's go back to normal just like before..how i look like before..because i'm tired of people who lookin at me and saying i'm more way pretty before..sad but i'm alive that's what it us..
Posted by
hilda
on April 17, 2014
im 20years old and also got stevens Johson Syndrome, i almost thought im going to die, i was 2weeks in the hospital,
i was allergic to Tegrotril, and today i did recover, but there is still light brown, and red marks over my body, wish it can go away, i want to be myself again, but in the other and i dont actually warry about the marks because God was with me all the step of the way,
i havent sue the doctor who gaved me the wrong pills, because it doesnt matter to me, beause im glad im alive.
today i want to say never give up on anything, and stay positive all the way,
because God is with us all.
all i can say that two week was terrible expecially the first week, because i ccouldnt do anything cant walk cant bath myself cant even go to the toilet because i cant walk with the blastes on my whole feet....
thats the end of my storiie for now, so i hope for anyone to get better