Complaints are mounting against Merck, the manufacturer of the shingles vaccine Zostavax that has been linked to life-threatening side effects. And the first Zostavax Injury Lawsuit was recently filed. 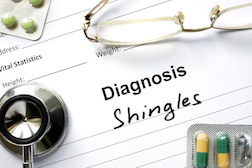 Complaints have been on the rise since the FDA asked Merck in February 2016 to add more side effect warnings to its Zostavax label regarding eye injuries and infections.

Last month Jorja Bentley developed adverse side effects, including high blood pressure and a serious eye injury, after she received the Zostavax vaccination. According to the Legal Intelligencer, the Nevada woman claims that Merck failed to provide patients with adequate warnings regarding the risks associated with the shingles vaccine. She was only warned of the possibility of rash and itching at the injection site, but her lawsuit cites numerous reports connecting the vaccine to viral infections and diseases of the central nervous system.

Zostavax is a money maker for Merck, generating $749 million in revenues in 2016. It is the only shingles vaccine approved by the FDA for use in the US. While the CDC recommends that most people over the age of 60 receive the vaccine, it only reduces the risk of shingles by 51 percent.

Imagine being vaccinated for a disease and learning the vaccine can give you the exact same disease it is meant to prevent. Some people report that Zostavax gave them shingles! In August 2014, the FDA instructed Merck to add shingles to its side effect warnings for Zostavax vaccine, which contains live varicella zoster virus--the virus that causes chickenpox and shingles. The inoculation is a stronger, more potent version of Merck’s chickenpox vaccine, Varivax.

And shingles-containing vaccines were cited in 1,141 reports made to the Vaccine Adverse Events Reporting System between 1990 and September 1, 2015.  Ninety of those reports involved fatalities, according to the National Vaccine Information Center. Given these statistics it seems that the shingles vaccine risks outweigh the benefits.

If you or a loved one have suffered losses in this case, please click the link below and your complaint will be sent to a drugs & medical lawyer who may evaluate your Shingles Vaccine, Zostavax Side Effects claim at no cost or obligation.
Request Legal Help Now

Posted by
Rosemary Kerr
on April 4, 2017
I had the shingles Vaccine 3/4 years ago. Presently I am dealing with (Doctors quote) " You had an extremely bad case of the shingles. I was admitted to hospital last week as a result of my bladder shut down, dehydration along with the shingles. The pain is very bad and I was given hydrocodone every 4 hours.
I was also diagnosed with toxic metabolic peripheral neuropathy in both legs,feet and right arm and hand.
To date I have had 4 infusion (IVIG) at a cost of 28,000 per sessions along with $1500 x3 for a home nurse to administer. The first time I was hospitalized for 5 days for this purpose.

Posted by
Beverly
on March 26, 2017
I got Neuro Invasive West Nile Virus 2009. Could not convince PCP how sick I was; could have died PCP administered Shingles Vaccine and Pneumonia Vaccine while my immune system was compromised. I developed Parkinsons Symptoms, infections, and Shingles. WNV confirmed via brain MRI and blood tests. Continued to get virus outbreaks diagnosed as Shingles. CDC warned against giving Vaccines when immune system is compromised due to high incidents of adverse effects. I was 61 at the time in 2009; now 68 and still suffering adverse effects of Shingles vaccine. Add insult to multiple injuries; medical negligence, medically mismanaged; irreparable harm causing decline in health and well-being.
Posted by
dorisene
on March 26, 2017
i took the shot for shingles around november 2016 and i notice the same side affect that bentley had and now i am under the doctor with my blood pressure the doctor cant even get it stable i have blurred vision i stay dizzy and i have head ake all the time and thiis started after i took the shingle vaccine
Posted by
Maureen Thompson
on March 26, 2017
I have had eye problems since my vaccine and neuropothy