Patients who suffered injuries after receiving the shingles vaccine Zostavax may have lawsuit claims against the vaccine's manufacturer for allegedly failing to warn consumers of the vaccine's risks. 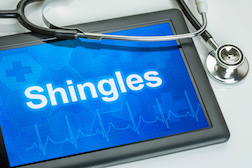 A recent lawsuit filed by a Nevada woman alleges that she suffered serious injuries after receiving the Zostavax shingles vaccine, which is manufactured by Merck and administered in a single dose injection under the skin.

Jorja Bentley filed a lawsuit in Feb. 2017 against Merck & Co. Inc. and Merck Sharpe & Dohme Corp. in Court of Common Pleas, Philadelphia County, claiming that she suffers from elevated blood pressure, an eye injury, headaches and dizziness as a direct result of receiving Zostavax.

The lawsuit also alleges that Merck's patient information sheet for Zostavax failed to adequately address the risk of viral infection or possible diseases of the nervous system.

The Food and Drug Administration (FDA) approved Zostavax in May 2006 for sale in the US for "the prevention of herpes zoster (shingles) in individuals over 60 years of age or older when administered as a single dose," according to the FDA approval letter. The FDA has since adjusted the recommended age to 50 years or older.

ADEM is a brief, intense attack of inflammation or swelling in the brain, spinal cord and sometimes the optic nerves and damages the brain's myelin, which is a white coating of nerve fibers. Guillain-Barre syndrome is a rare disorder in which a person's immune system attacks their nerves and can eventually paralyze the entire body.

According to the Philadelphia County lawsuit, since Zostavax’s introduction in 2006, vaccine adverse event reports (VAERs) have appeared in significant numbers, addressing various adverse effects, including viral infection resulting in disease of the central nervous system, including acute disseminated encephalomyelitis.

"There are going to be minor side effects for many vaccines that are not compensable but reactions due to a virus or viral-based injuries are compensable because patients haven't been warned about it by the manufacturer," says Dr. Malik.

Under the National Vaccine Injury Compensation Program, patients claiming a vaccine injury from a covered vaccine can't legally sue a vaccine manufacturer without first filing a claim with the US Court of Federal Claims.

Once the claim is submitted, the US Department of Health and Human Services reviews the petition and determines whether it meets the medical criteria for compensation.

If the petition is dismissed without compensation awarded, the individual who filed the petition may then file a claim in civil court against the vaccine company and/or health care provider who administered the vaccine.

"If patients get a serious infection, they may be entitled to a claim," Dr. Malik says, adding that most states' two-year statute of limitations is paramount to the timing of filed lawsuits.

If you or a loved one have suffered losses in this case, please click the link below and your complaint will be sent to a drugs & medical lawyer who may evaluate your Shingles Vaccine, Zostavax Side Effects claim at no cost or obligation.
Request Legal Help Now

Posted by
Kimberly
on April 3, 2017
Within a few days of the vaccination, I developed a swelling on my head which was extremely painful, blistered, scabbed over and lasted a few weeks. The pain persisted for another month and has now resolved.