Stock Fraud: "I Wouldn't Have Anything Left"

We have all heard stories about rich investors who allege they were victims of stock fraud. The news carries stories about wealthy investors who say that they lost tens of thousands of dollars (or more) because their stockbroker misled them about their investments. However, often overlooked in situations involving stock fraud are the investors who simply want to make a little money -- people who have little to no investment experience and, often, very little money to lose. 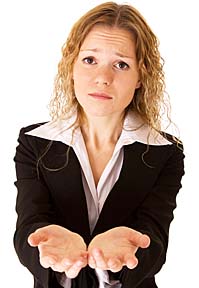 Lena M. (not her real name) is one such investor. Two years ago, she opened an account to save money for a child who was going to college. The account held $5,000 -- not a lot of money to rich investors, but a large amount for those who are not wealthy. She says the representative she opened the account with did not fully explain the investment to her and did not follow her investment instructions.

"I guess he invested my money in things I didn't have knowledge of. I was losing a lot of money. I tried to call and tell him that I wasn't satisfied with the investment. I wanted it to be a secure investment, not high risk. He didn't do that -- that's what caused the problems. The investment wasn't what I asked for."

Compounding problems, Lena was unable to reach the stockbroker to tell him she was dissatisfied with her investment. He initially did not return her phone calls, so all she could do was watch while her investment lost money. Eventually, she was able to reach him and her money was moved to a more secure account, but by then she had already lost much of her investment.

"It was more than I could afford to lose. If I hadn't found out about what happened, I wouldn't have anything left. I didn't fully understand what was going on."

More News
It is possible that Lena's stockbroker made an honest mistake. However, stockbrokers have a duty to know their clients and act in their clients' best interests. Lena was not a seasoned investor and could not afford big losses on her investment. She was not investing to make a lot of money; she was simply investing to help a child pay for college. As such, her stockbroker should have realized that Lena was not an appropriate candidate for a high-risk investment.

Unfortunately, this sort of thing happens and affects not only wealthy investors but also those who cannot afford to lose their money. People like Lena invest their money believing it is in a secure account only to learn the stockbroker has mishandled the money and invested it in a high-risk account.

If you believe you lost money because a stockbroker either misled you about your account or mishandled your money, contact a lawyer to discuss your legal options.