When Greg Silber and his informal network of fellow investors set out to make their fortunes three years ago, they thought that CVQ Technologies looked good. They hoped to make some money from the up-and-coming natural health products company; what they got instead was a nasty dose of stock fraud.

CV Technologies and its flagship product Cold-fX seemed like sure winner. Marketed as an immune system booster, Cold-fX was advertised as a natural, ginseng-based cold remedy. Silber (not his real name due to ongoing legal action) says, "I was first attracted by the product story—it used domestically produced ginseng and modern extraction methods."

"I work in the medical industry, so I know the market, and this product struck me as brilliant. Traditional manufacturing techniques didn't deliver predictable results. This seemed to take it to a different level. Natural cures have a rosy future, so I thought Cold-fX was a brilliant product. I tried it myself and it worked. CVQ was a market leader in Canada and they were expanding into the US market. Everything looked good." 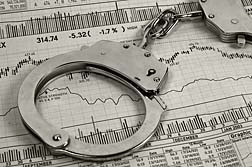 Silber purchased 1000 shares of CV Technologies stock, abbreviated CVQ, in November 2005. Like any canny investor, he made sure to monitor the company's performance diligently via e-mail feeds. "Anything that the company released came directly into my e-mail inbox—mainly financial reports, but also anything that was picked up by the news services," he says.

Silber's monitoring revealed some early signs of possible trouble. "I noticed patterns developing where on favorable news releases the stock would spike." When that happened he also saw signs of insider trading. "My financial friends and I noticed that on these spikes, the top management at CV Technologies were dumping their stock options to depress the price. They were purchasing their options for 25 cents apiece when the stock was in the three-to-five dollar range—that made it very lucrative for them. We were talking millions of shares at this point.

"Their apathy toward the shareholders' value of the stock didn't surprise me. I stuck with them. Inside trading isn't unusual, executives need money. It did make me wary, but it didn't necessarily mean that the stock wouldn't continue to go up. I thought CV Technologies was worth it even with the risk. The management team is only one aspect of investment—they may not be the best management team, but if they've got a good product, well, hey."

Insider trading, as Silber observes, is "legal, but not necessarily ethical." On the other hand, deliberately publishing overstated revenue figures is—it's one form of stock fraud, and that's what CV was doing during their expansion into the US market.

More News
A press release on CV Technologies' Web site delicately admits: "In a March 26, 2007 news release the Company [CV] reported that while U.S. sales in the fourth quarter of fiscal 2006 and the first quarter of fiscal 2007 were reported to be $8.6 million, the reported net revenue was based upon product sold to retailers to stock shelves, not upon sales to ultimate consumers. The Company reported that the actual 'sell through' to U.S. consumers during this period was disappointing and estimated to be $1.5 to $2.5 million. As a result, the net revenue of $8.6 million was overstated." Shortly after this news came out, CVQ was delisted from both the Ontario and Alberta stock exchanges.

Silber says, "I had all the confidence in the world in the product, despite the stock dumping by the management team. I never suspected that there would be other fraudulent activity. I only learned of it when it broke in the newswires and the stock collapsed."

When CVQ crashed, Silber lost over $2000 on the $5000 he had invested. The stock is now valued in the 50-cent "penny stock range," Silber says. Along with another member of his investors' network, he has joined a class action suit against CV Technologies.

Silber hasn't lost his taste for investments in the aftermath of the CVQ debacle. "I've generally done fairly well with my investments," he remarks, adding ruefully, "but I would have done even better without this thing."

If you have been a victim of securities fraud, please contact a lawyer involved in a possible [Securities Fraud Lawsuit] to review your case at no cost or obligation.
Request Legal Help Now