A securities fraud case in the Sunshine State has result in more than $13 million in fines to an officer of Certified Services Inc., based in Fort Lauderdale, for various violations of federal anti-fraud provisions. The Sun-Sentinel in Fort Lauderdale also reported on 10/2/10 that W. Anthony Huff faces a civil penalty valued at $600,000. 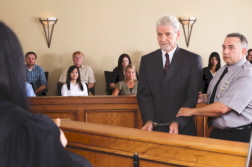 A seven-day bench trial in February comprised the securities fraud litigation in the case, with the subsequent issuance of a 122-page order by federal magistrate Robin S. Rosenbaum.

More SECURITIES News
The judgment reflected securities investment fraud that saw the defendant engaged in a scheme to overstate the financial condition of Certified Services Inc., a professional employment firm also known as Certified HR Services Inc. that was subsequently dissolved in 2005. The misleading information was included in public records filed with the SEC from the third quarter of 2002 through to Q3 of 2004.

According to the court, Huff and several others recorded $47 million in fraudulent letters of credit that were reflected on the company's books.

The Sun-Sentinel reported that Huff was also involved in mail fraud in Kentucky, for which he was indicted in November 2000 and pled guilty to three counts of mail fraud in 2003. The securities fraud violations Huff is alleged to have committed will result in a total penalty of about $13.6 million, according to a spokesperson with the Securities and Exchange Commission.