In addition to securities lawsuits filed against Facebook, a class-action lawsuit has been filed against Nasdaq OMX Group Inc, alleging Nasdaq's problems on May 18—related to the Facebook IPO—should have been prevented. Facebook itself faces an investigation into how it handled its IPO and also faces securities lawsuits, alleging the company withheld material information from investors. 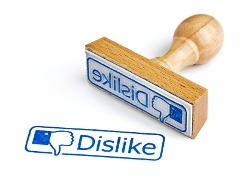 The latest lawsuit was filed by investors, who argue problems at the Nasdaq prevented opening trade of Facebook for 30 minutes. According to The Wall Street Journal (6/12/12) Nasdaq has proposed $40 million to compensate firms that lost money because of the technology issues. But critics said $40 million was not sufficient to cover the losses. Plaintiffs in the class-action lawsuit against the Nasdaq said they would urge the Securities and Exchange Commission to reject Nasdaq's proposal.

The lawsuit claims that issues on the day of Facebook's IPO were foreseeable and that the Nasdaq's negligence denied investors the chance to sell their shares while Facebook's value dropped throughout the day, causing massive losses. Included in the class are investors who bought shares in Facebook on May 18 and May 21 and whose orders regarding the purchase or sale of the shares were not processed right away.

Meanwhile, Facebook and the underwriters of its IPO face a lawsuit alleging they misled investors prior to May 18. The class action lawsuit alleges Facebook hid information about 2012 performance estimates in its registration statement and prospectus. ABC News (5/23/12) reports that the lawsuit was filed against Facebook's board, Morgan Stanley and other underwriters.

More SECURITIES News
A spokesperson for Facebook said the company will defend itself vigorously. A lawyer for the plaintiffs, however, said that if there is a materially false statement in the documents filed by Facebook, then the company and its underwriters are liable for financial damages. According to the lawsuit, Facebook did not inform investors that it was told to lower its 2012 performance estimates because of the high number of Facebook users who use the company's mobile apps. The mobile apps do not provide revenue from advertising.

Posted by
Cassandra sewpersaud
on October 7, 2016
Me and my ex-boyfriend got into a fight he's been stocking me for 3 1/2 years so I posted a picture of me and him on Facebook and we weren't supposed to be dating due to his job but he is been stalking my Facebook stalking my daughters Facebook following me and my daughter on or social sites harassing me on Facebook changing my profile changing my name doing whatever he chooses has all his friends following me on Facebook weird weird groups he's doing everything he can to hurt me on Facebook and Facebook is doing nothing I've even gotten charges from my business is saying I'm placing Facebook ads and I'm paying for them and I haven't been doing any ads he's confiscated four of my Facebook's and he continues to do so and Facebook does nothing about it game vacating my privacy having him share all my private phone calls my private Internet this person is sharing everything on Facebook's platform and they said I agreed to it when I never agreed to anything and he's been stocking my daughter when his Facebook going to stop doing this
Posted by
Concetta Stoia
on June 24, 2012
I have been hacked more times then i know how to deal with by Facebook employees. I find my personal info all over the internet just from facebook when it promised not to use or take my personal photos, and other personal information and they made it public. I have been in hiding from certian people who have used face book to hurt my family and i. I want to sue!