The Securities and Exchange Commission (SEC) has brought the hammer down on a number of perpetrators in a securities fraud case. The issue stems from an investigation that led to charges, in June of 2010, of securities fraud against three gentlemen from California and one from New Mexico. 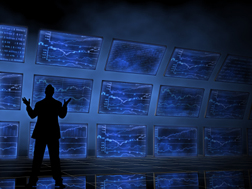 According to the US Fed News report, the case centered on the allegation that UAV raised $10 million from approximately 100 investors through the issuance and sale of convertible bonds alleged to be unregistered. Thus, the sale was considered fraudulent at best.

More SECURITIES News
As the result of the SEC securities fraud litigation, a judge in federal court in New Mexico found Hollowell, Thomas and UAV jointly responsible for the disgorgement of $8,652,942 together with pre-judgment interest totaling $426,430.

The Honorable Judith C. Herrara also found Oliva and Integra Investment Group LLC jointly liable for $284,039 in disgorgement and a civil penalty of $130,000. Dies was found liable for disgorgement totaling $54,381 together with an equal amount in civil penalties.

Stocks and securities are, by design, intended to serve as a vehicle for raising capital by way of market savvy, buying up and selling off investment products at the right time and—hopefully—realize profits from the market.

However, some individuals prefer to take matters into their own hands and eke profits through manipulation. In this case of stock investment fraud, the judge's order against the defendants on March 2 serves to vindicate the SEC's findings.