The point man of a large securities fraud case may already be behind bars, but that hasn't stopped allegations against others from emerging. To that end, the Securities and Exchange Commission (SEC), together with the US Federal Bureau of Investigation (FBI), have bestowed upon a California resident charges of insider trading. 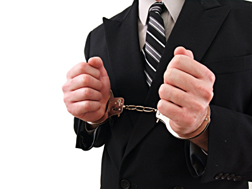 The Silicon Valley/San Jose Business Journal reported on February 10 that Douglas F. Whitman, a hedge-fund manager, has been connected through allegation to the Galleon Group and jailed investor Raj Rajaratnam, who is currently behind bars serving an 11-year sentence for insider trading.

Whitman Capital LLC is facing a securities lawsuit from the SEC. The 54-year-old Atherton resident has been accused of insider trading involving shares of Google Inc., Polycom Inc. and Marvell Technology Group Ltd. based on insider tips allegedly fed to him by others. It is alleged that Whitman's company pocketed in excess of $900,000 from the trades.

It has been reported that information about Polycom and Google allegedly used by Whitman was obtained from an acquaintance who served as a key witness against Rajaratnam in the Galleon case. Roomy Kahn, who allegedly fed insider tips to Whitman, pleaded guilty herself to insider trading charges in October 2009.

More SECURITIES News
Polycom is identified as a communications equipment manufacturer. It is alleged in the stock fraud case that Kahn obtained information about Polycom's Q4 earning report for 2005 and Google's Q2 results for 2007 prior to the formal release of both documents. She is alleged to have shared those details with Whitman, allowing the latter to profit from the advance knowledge.

Marvell is a manufacturer of semiconductors based in Santa Clara. It is alleged that information pertaining to Marvell was fed to Whitman by Karl Motey, an independent research consultant who is alleged to have obtained various details from a collection of Marvell employees.

It has been reported that Motey pleaded guilty in 2010 to conspiracy and securities fraud charges.

The stock investment fraud against Whitman LLC came to a head when the FBI arrested Whitman February 10, the same morning the securities fraud litigation case against his company was filed by the SEC in US District Court in Manhattan.