The Financial Industry Regulatory Authority (FINRA) has announced that it filed a complaint against Charles Schwab & Company, alleging the company's agreements violated FINRA rules. Financial firms frequently have customers sign an agreement that sets out how disputes will be handled in the case of securities fraud allegations or concerns about stock fraud, either nationally or in states such as California, Washington and Nevada. Customers with claims of California securities investment fraud and other wrongdoing either turn to a securities lawsuit or an arbitration to settle their disputes. 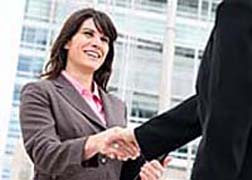 According to a news release from FINRA (2/1/12; online at marketwatch.com), the agency has filed a complaint alleging that Charles Schwab violated FINRA regulations by requiring customers to waive their right to file a class-action lawsuit against the firm. Furthermore, FINRA claims the financial firm also included a requirement that arbitrators in an arbitration would not have the ability to consolidate more than one party's claims.

It is not unusual for financial firms to have customers sign agreements regarding how disputes can be settled. The complaint from FINRA, however, states that the waiver of class-action rights and the provision preventing arbitrators from consolidating claims violate FINRA rules. According to the complaint, the changes were made to Schwab customer agreements in October 2011, and affected not only new clients, but also existing customer agreements.

FINRA seeks an expedited hearing because the customer agreement issue is ongoing and affects the more than 50,000 new Schwab customers since October 2011.

According to an expert interviewed by Reuters (02/02/12), Schwab's new provisions would have a serious impact on the ability of people with smaller claims to file disputes. People with small claims often join together either in a class-action lawsuit or a consolidated arbitration. Filing individual lawsuits and claims can be costly and inefficient.

"The class-action waiver will likely lead millions of Schwab customer[s] who have received the account agreement to incorrectly believe they do not have the ability to bring or participate in class actions against Schwab," the complaint states (as quoted by Reuters).

Schwab has filed its own court action asking the courts to declare its class-action waiver enforceable under federal law.