A Financial Industry Regulatory Authority (FINRA) arbitration panel has awarded $16.6 million to a retired London couple who filed a securities arbitration against BNP Paribas Securities Corp. The arbitration alleged gross negligence, breach of fiduciary duty and civil fraud against BNP Parabas, with the claimants arguing the investment they bought was unsuitable. 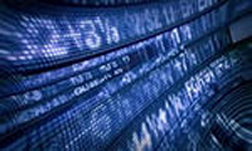 According to Reuters (6/30/15), James and Margaret Eringer filed the claim in 2010, after they invested more then 60 percent of their assets in an investment product that is typically sold to institutional clients. In addition to the investments, the Eringers also paid BNP Paribas $2 million in fees. According to the claim, the Eringers were required to set up a company so they could purchase the investment, and James Eringer had to sign documents stating he was an investment advisor, even though he had no professional financial experience.

Bloomberg (6/30/15) reports the investment was highly derivative, and BNP Paribas was not allowed to sell it to retail clients. After the Eringers purchased the investment, it dropped dramatically in value, and the couple lost around $13 million.

Following 90 days of hearings, the FINRA panel awarded the Eringers $16.6 million, and charged BNP Paribas an additional $500,000 for not following orders to exchange information with the Eringers during the hearings.

A spokesperson for BNP Paribas said the company was disappointed with the ruling and believes it conducted itself appropriately.

More SECURITIES News
According to the FINRA website, in 2014 FINRA brought 1,397 actions against individuals and firms, and handed out more than $130 million in fines and an additional $32 million in compensation to investors. Meanwhile, more than 700 fraud and insider trading cases were referred to the SEC or other agencies.

Among hearings FINRA oversaw in the first quarter of 2015 were those that involved false compliance questionnaires and disclosures, undisclosed outside business activities, unsuitable recommendations, falsifying letters, check kiting, and making unauthorized transactions.

FINRA oversees the securities industry in the U.S. Investors who have complaints against their financial firms or individual advisors typically must file FINRA arbitration rather than a lawsuit against those they believe harmed them. Their complaint is then heard by a FINRA panel, which determines whether the financial advisor or firm has committed wrongdoing and whether or not the claimant should be compensated.