Standard & Poor’s Ratings Services has been accused in a securities lawsuit of committing securities fraud, by not warning investors about the collapsing housing market. The securities fraud litigation was filed by the Justice Department, and alleged S&P inflated its ratings of mortgage investments, helping to set off the financial crisis. 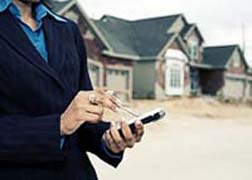 S&P, a credit rating agency, said the lawsuit was “meritless,” according to The Huffington Post (2/18/13). But the Justice Department called S&P’s conduct egregious and alleged S&P knew there were problems with mortgage borrowers repaying their debt while home prices decreased. Despite this, S&P gave high ratings to mortgage-backed securities and collateralized debt obligations. S&P executives were allegedly concerned that lower ratings of those investment vehicles would hurt their relationship with clients.

The Justice Department’s lawsuit seeks $5 billion in penalties, arguing that at least one credit union required billions of dollars in government bailouts after buying investments recommended by S&P.

“Many investors, financial analysts and the general public expected S&P to be a fair and impartial umpire in issuing credit ratings, but the evidence we have uncovered tells a different story,” said Acting Associate Attorney General Tony West in a news release. He further noted that, according to the investigation, S&P’s actions were driven by concerns about market share and profits, making its ratings neither objective nor independent.

More SECURITIES News
The lawsuit alleges that S&P weakened the criteria and analytical models used to assess credit risks, and gave inflating ratings to collateralized debt obligations from March to October 2007. Meanwhile, the Justice Department claims, S&P knew about the risks associated with non-prime mortgage-backed securities but did not factor this into its ratings.

“As a result, nearly every CDO rated by S&P during this time period failed, causing investors to lose billions of dollars,” the Justice Department said in a news release. Many of the investors that lost millions were federally insured financial institutions.

Meanwhile, Attorney General Eric Holder said the lawsuit was an important step forward in efforts to punish those who contributed to the economic crisis.

The Justice Department said its investigation began in November 2009. It is possible that other lawsuits will be filed against those the department believes played a role in the financial crisis.