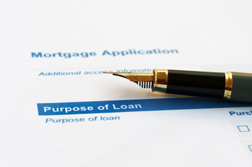 According to Businessweek (12/27/12), the Idaho Department of Finance accused a mortgage broker of defrauding investors for personal gain, to the tune of approximately $24 million between 2004 and 2008. The mortgage broker allegedly misrepresented investments and then used investors' money to pay for his own real estate investments and to make loans to himself and family members.

The Idaho lawsuit seeks $10,000 for each violation of securities law the former mortgage broker committed, as well as attorney fees.

Meanwhile, a report by NERA Economic Consulting (1/14/13; found online at www.securitieslitigationtrends.com) suggests that the number of settlements of securities lawsuits filed by the Securities and Exchange Commission (SEC) increased in 2012. In fiscal year 2012 there were 714 settlements with the SEC, according to the report, the most since 2007 and an increase of more than 6.5 percent over 2011, which saw 670 SEC settlements. Of those 714 settlements, 537 were with individuals.

More SECURITIES News
Despite the increase in the number of settlements, the average value of each settlement with a company decreased from $1.4 million in 2011 to one million dollars in 2012. The largest settlement was $285 million with Citigroup Global Markets, although that settlement was appealed (the NERA report uses "settled" to describe all cases that are resolved). The average value of settlements with individuals reached more than $220,000, which is more than double the 2009 average of just over $100,000. According to the report, the increase in number and value of settlements with individuals reflect the SEC's focus on holding individuals accountable for corporate actions.

Among the categories of lawsuit settlements that increased were insider trading (settlements were reached with 118 individuals and eight companies), misrepresentation and misappropriation by financial firms (208 total settlements), Ponzi Schemes (92 settlements) and trading violations (48 settlements).

The report, titled SEC Settlement Trends: 2H12 Update, was written by Dr. Elaine Buckberg, Dr. James A. Overdahl and Jorge Baez and was published on January 14, 2013.