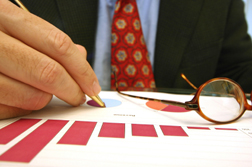 According to this most recent lawsuit, Bear Stearns knew that up to 74 percent of its substandard mortgages would fail within a year, but continued to repackage them and sell them. Bloomberg (12/17/12) reports the four credit unions purchased $3.6 billion in mortgage-backed securities based on misleading documents. The lawsuit, which was filed on February 14 in Kansas City, alleges documents used by Bear Stearns claimed the securities met underwriting guidelines, but those guidelines were "systematically abandoned."

More SECURITIES News
In a separate lawsuit, JPMorgan Chase & Co and Goldman Sachs Group Inc. have asked a New York state judge to dismiss a lawsuit filed by investors. According to Bloomberg (12/17/12), the plaintiffs invested in residential mortgage-backed securities with the firms and other banks. Their lawsuit alleges the financial firms made misrepresentations about the loans that backed the securities.

JPMorgan and the defendants claim the lawsuit was not filed within the statute of limitations and further argued that the plaintiffs did not show they are entitled to relief. The lawsuit is Phoenix Light SF Ltd. v. JPMorgan Securities LLC, 651755-2012.

Meanwhile, Fifth Third Bancorp has agreed to pay $16 million to settle a securities fraud case filed by shareholders. According to the Business Courier (12/19/12), the lawsuit was filed four years ago and was consolidated into a class action lawsuit. Fifth Third said it settled the lawsuit to avoid potential litigation costs and denied any liability.

Posted by
Eric Mesi
on January 4, 2015
With no person entitled to enforce I discovered that the Reconveyance attorney was solely taking my home for his own monitory profits. I shut him down in Bankruptcy Court. Since I have been helping several people and its always the same Reconveyance attorney lying saying he represents banks.
Posted by
Eric Mesi
on September 8, 2013
In every mediation and in federal court JPMorgan chase could not provide chain of title that would prove a loan. A broker sierra Pacific mortgage created a loan then claimed the sold it to wamu now chase. This is now the third time in 7 years chase is filing default. The loan was created in my deceased fathers name and paid my mortgage off. The whole loan spm created was fraud from the start.