Citigroup has reportedly settled a securities lawsuit filed on behalf of shareholders who accused the financial firm of misleading shareholders about the firm's financial status, specifically as it related to subprime mortgage debt. Meanwhile, the Securities and Exchange Commission faces a lawsuit alleging it knew about securities fraud on the part of Allen Stanford, but did not take proper action in the case. 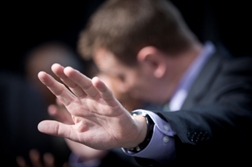 The Citigroup settlement will see the company pay $590 million to resolve complaints against it. According to Insurance Journal (8/30/12), Citigroup was accused by shareholders of hiding the risks associated with various collateralized debt obligations, some of which were tied to subprime mortgages. Furthermore, plaintiffs alleged Citigroup used improper accounting procedures to hide problems with the firm's finances from shareholders, including not informing shareholders that collateralized debt obligations that were sold had been guaranteed against any losses (The New York Times; 8/29/12).

Although Citigroup settled the lawsuit, it denied any wrongdoing in the matter.

The lawsuit (Citigroup Inc Securities Litigation, No. 07-09901) has been granted preliminary approval and will have a hearing in January 2013 to determine final approval. Citigroup is not the only financial firm to face legal action following the financial crisis. Bank of America settled a lawsuit in 2010 for more than $600 million, while Wells Fargo & Co. settled a lawsuit for $590 million in 2011.

More SECURITIES News
In 2008, Citigroup received a bailout from the US government. The firm has since repaid that bailout money. In 2010, Citigroup paid $75 million to settle a complaint filed by the Securities and Exchange Commission, alleging the firm misled investors about the magnitude of its exposure to subprime mortgages.

Also in August 2012, Citigroup agreed to pay almost $25 million to settle an investor lawsuit alleging the bank misled investors about the nature of mortgage-backed securities that were bought just before the house market crashed.

The Securities and Exchange Commission, which often files complaints against those accused of wrongdoing, now faces a lawsuit filed by investors who lost money in Allen Stanford's $7 billion Ponzi scheme. According to Reuters (9/7/12), plaintiffs allege the commission knew in 1997 that Stanford may have been running a Ponzi scheme but did not take action until 2009. The lawsuit is Zelaya et al. v. United States, No. 11-62644. In June 2012, Stanford was sentenced to more than 100 years in prison for his Ponzi scheme.