When Gary Reys—Cellcyte's founder, board chairman, president, CEO, CFO, and few other things—needed a capital campaign, he turned to a Swiss stock promotion firm called Stockgroup AG. Reys claims that his lawyers carefully investigated Stockgroup and found nothing wrong.

However, even cursory investigation would have turned up some unsavory facts about Stockgroup's president, G. Brent Pierce. Pierce, a Canadian citizen, was barred from trading on the British Columbia stock exchange in 1993 for securities fraud that included embezzlement and filing false documents. 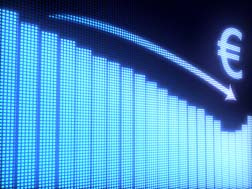 Since then, he had worked the American and German stock exchanges in a succession of "pump and dump" operations—inflating the value of low-priced stocks by ruthless promotion, dumping his own shares, and leaving hapless investors with worthless paper.

Pierce's promotion of Cellcyte followed this familiar pattern. In November 2007, spam faxes began pouring out of investors' machines in Germany touting Cellcyte as "the stock that's about to take off!" Those came from Stockgroup AG.

So did a full-color 12-page mailer sent to American investors in October. Authored by a PR man named James Rapholz, it shrieked that CellCyte "could be the chance of your lifetime to turn $10,000 into $4 million, maybe even $15 million!" "Now, a practical 'pill-in-a-bottle' application puts the miracle of regenerative medicine within immediate reach!" "This could be the most astonishing investment opportunity since the microchip!" "This truly could be the most astonishing and important medical breakthrough in your lifetime!", etc., etc. Pierce paid Rapholz a cool $445,000 for his work.

Rapholz's hype—which constitutes securities fraud if proven false or misleading—returned value for money as Cellcyte's stock value ran up over $440 million. One Seattle biotech stock analyst remarked that this seemed "a little high, considering not a lot has happened yet." Indeed—Cellcyte's supposed breakthrough technology for delivering stem cells to diseased or damaged organs had yet to undergo clinical trials and would still take years to gain FDA approval.

More News
Cellcyte stock reached a high of over $7 a share when the Seattle Times revealed in early January that Reys' profile on the company Web site was full of false claims about his educational and professional background. Combined with earlier publicity about the "wave of hype" that had pumped up Cellcyte, that brought the company's stock price crashing down by 55 percent in a few days. In late January, Cellcyte stock was hovering in the 50-cent range.

The only good news was that the crash came too early for Reys, Pierce, et al., to start dumping their large stock holdings.

Reys recently told the Seattle Times by e-mail that "We at CellCyte strive to be ... truthful and endeavor to display integrity to the public and insist [on] that with our personnel." Rather than take that claim at face value, however, Cellcyte shareholders have filed class action lawsuits against Reys, Pierce, Rapholz, and other company officers, charging them with securities fraud for artificially inflating the stock price and making misleading claims. That seems like a much better idea.

If you have been a victim of securities fraud, please contact a lawyer involved in a possible [Securities Fraud Lawsuit] to review your case at no cost or obligation.
Request Legal Help Now

Posted by
Don
on November 12, 2012
This guy Rapholz is a scum-sucking pig!! He lives like a king on other people's money. He managed to steal over $60,000 out of my pocket with his "pump and dump" OREO scam. That is just one of dozens of pump and dump schemes he's done and I am only one of thousands (maybe tens of thousands) that he's scammed.

You have to wonder how a person can even sleep at night knowing that he lives in this harbour neighborhood (with his yaght dock out back) on stolen money. He has been issued a cease and desist order from the SEC in South Caroloina for his fradulant activities not to mention other MANY other legal actions against him.

Too bad I didn't find out this BEFORE I invested hard earned money with OREO that Rapholz was pumping and dumping.

Posted by
Mrs. V. Faircloith
on June 11, 2012
I RECENTLY RECEIVED THAT EXACT FLIER AND WAS TRYING TO FIND OUT ABOUT IT ON LINE WHEN I TYPED HIS NAME IN THIS CAME UP. I AM GLAD TO FIND PEOPLE OUT THERE TRYING TO LOOK OUT FOR UNSUSPECTING PEOPLE LIKE ME. I REALLY APPRECIATE YOU DOING THIS. EVERY ONE LOOKS FOR A GOOD STOCK TO PURCHASE, BUT NO ONE HAS THE MONEY TO GIVE AWAY TO CROOKS. NO MATTER HOW THEY PAINT THEMSELVES TO BE, THEY ARE STILL THIEVES AND REALLY NEED TO GO TO JAIL, PLUS PAY THE MONEY BACK. FOR HIM COLLECTING $445,000 FROM A PERSON, THEN HE SHOULD HAVE PLENTY. THANK YOU AGAIN.6/11/2012