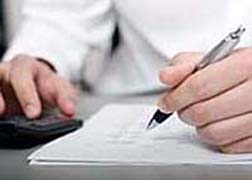 According to Reuters (7/12/12), the federal judge hearing the case dismissed claims against Bank of America's executives and directors but allowed the lawsuit against the bank to go ahead. The lawsuit (Pennsylvania Public School Employees' Retirement System et al. v. Bank of America Corp, et al, US District Court, Southern District of New York, No. 11-00733) alleges Bank of America misled investors into buying the bank's stock in 2009 and 2010. Furthermore, plaintiffs claim Bank of America knew that there were problems with the records in the Mortgage Electronic Registration Systems registry, making it difficult to foreclose on mortgages.

More SECURITIES News
Meanwhile, Goldman Sachs lost its request to have a shareholder lawsuit against it dismissed. The lawsuit, heard in the US District Court in the Southern District of New York, alleges Goldman Sachs made material misstatements about potential conflicts of interest in some of its transactions. The judge hearing the lawsuit, Hon. Paul A. Crotty, found that concealing conflicts of interest allowed Goldman Sachs' stock to trade at an artificially inflated price.

According to The Wall Street Journal (6/22/12), Goldman attempted to have the lawsuit dismissed, arguing that lawsuits caused the stock prices to drop.

And in Indianapolis, a businessman was convicted of securities fraud after he bought a finance company and used money from investors to buy cars, houses and trips, Associated Press (6/21/12) reports. Although the accused argued that he and his business partners made bad business decisions, prosecutors alleged the men used a Ponzi scheme to hide the firm's financial problems, which according to prosecutors amounted to $200 million in debt by November 2009. A jury found each of the accused guilty of one count of conspiracy and one count of securities fraud.