In the November 20, 2007 issue of the Arkansasbusiness.com Daily Report, the Associated Press reported that in the filing, McDaniel states that the companies "engaged in a direct, illegal, nationwide program of promotion of the use of Risperdal (Risperidone) for non-medically necessary uses."

McDaniel alleges that by promoting Risperdal for "Off Label" uses, the companies increased the number of Risperdal prescriptions written by physicians and this resulted in higher Medicaid Program payouts to be made by the state of Arkansas.

Drug "Off Label" uses are those that have not been approved by the Food and Drug Administration (FDA) and explicitly listed in the medication's label. 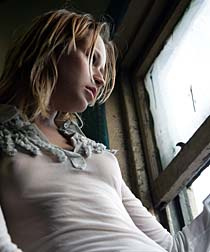 Although an amount was not specified in the lawsuit, McDaniel is requesting a court ruling, which would force the firms to re-imburse the state of Arkansas for the unnecessary prescriptions costs.

The lawsuit also accuses the drugmakers of not including warnings on Risperdal's bottle about adverse effects such as neurological problems, weight gain and diabetes.

Ambre Morley, a spokeswoman for Janssen, defended the company and said it fully disclosed all information about Risperdal to doctors and government agencies.

"Janssen has always been committed to the highest ethical standards and ethical behavior. We're prepared to vigorously defend ourselves against these claims," Morley said.

According to the Associated Press (AP), the lawsuit is being handled by Bailey Perrin Bailey LLP of Houston, Texas (http://www.bpblaw.com/index.html).

Risperdal (Risperidone) is an atypical antipsychotic agent (works by changing the activity of certain natural substances in the brain) indicated for:
- Treatment of schizophrenia in adults and adolescents aged 13-17 years.

More News
- Alone, or in combination with lithium or valproate, for the short-term treatment of acute manic or mixed episodes associated with Bipolar I Disorder in adults, and alone in children and adolescents aged 10-17 years.
- Treatment of irritability associated with autistic disorder in children and adolescents aged 5-16 years

Risperdal carries an important warning stating that older adults with dementia (a brain disorder that affects the ability to remember, think clearly, communicate, and perform daily activities and that may cause changes in mood and personality) who take antipsychotics (medications for mental illness) such as risperidone have an increased risk of death during treatment. Older adults with dementia may also have a greater chance of having a stroke or mini-stroke during treatment."

If you or a loved one has been harmed by this drug, please contact a lawyer involved in a possible [Risperdal Lawsuit] who will review your case at no cost or obligation.
Request Legal Help Now

Posted by
Linda. Markin
on September 30, 2015
In February I was in the hospital with dizziness and vomiting. At first it was thought to be a viral infection. I have continue with dizziness increased dizziness some falling. Now my dr tells me I have Ménière's disease. Is there a connection. Some years ago I had to take large doses, now I take min doses. I have a cons react headache and increased ringing in my right ear with increased hearing loss in the last 3 months. When the ringing increases I have increased blueprred vision.