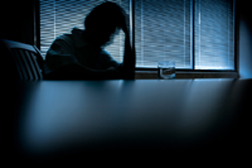 In March, the Arkansas Supreme Court reversed a previous ruling from 2012 that found the companies violated Arkansas state law regarding deceptive trade practices and Medicaid fraud. The state’s Supreme Court found that Arkansas sued under a law that covered healthcare facilities, not drug companies. According to Arkansas News (4/7/14), the Supreme Court ruling was 4 to 3 for reversing the $1.2 billion.

McDaniel reportedly requested a rehearing, arguing that the court’s ruling was based on grounds that were not actually raised by either the plaintiffs or defendants in the lawsuit. Furthermore, McDaniel argued that the court’s decision that an FDA letter regarding Risperdal should not have been admitted into evidence by the previous court was an error. He noted that the letter was properly admitted by the lower court.

Meanwhile, Janssen Pharmaceuticals and Johnson & Johnson are under fire from plaintiff’s attorneys, who allege the companies have failed to make good on a settlement with 77 plaintiffs. According to a Plaintiffs’ Motion to Enforce Settlement, as of January 28, 2013, settlements had been reached in 78 cases (one plaintiff withdrew from the settlement).

More RISPERDAL News
“J&J entered into a legally binding settlement agreement for a confidential amount for 77 Plaintiffs in this litigation but J&J is now reneging on that Settlement,” the documents state. “After agreeing to the Settlement, J&J now suffers remorse because it has apparently discovered or decided that the Settlement does not inure to its benefit to the extent it may have originally anticipated.”

According to the motion, the settlement agreement is enforceable and the defendants should be required to abide by the terms of the settlement.

Risperdal is an antipsychotic drug that has been linked to breast development in males and diabetes. Lawsuits have been filed against Johnson & Johnson and Janssen Pharmaceuticals alleging patients were harmed by the use of Risperdal.

The case involved in the settlement is In re: Risperdal Litigation, March Term 2010, No. 296.