As the manufacturer of Risperdal (risperidone) continues their attempts to have a recent plaintiff verdict overturned, the Pennsylvania state judge assigned to the case explained last month why he denied a request by Johnson & Johnson subsidiary Janssen Pharmaceuticals Inc. for a new trial in the Risperdal side effects lawsuit. 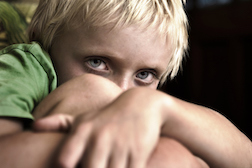 According to Court documents plaintiff Austin Pledger had begun taking Risperdal in 2002 to counter behavioral issues associated with autism. Pledger was prescribed Risperdal when he was seven years of age. At that time risperidone was sanctioned by the US Food and Drug Administration (FDA) for use only in adults.

An expanded indication for use in children would come four years later – in October, 2006 when the FDA, on the 6th of that month issued an updated indication for irritability associated with Autistic Disorder in children as young as five years of age, and as old as 16. The FDA also, at the same time, updated the Risperdal label to reflect a 2.3 percent risk for male breast growth, a condition known as gynecomastia.

Prior to that, according to Law 360 (08/14/17), the Risperdal label had only referenced gynecomastia as a rare event.

Medical doctors have the medical and ethical authority to prescribe medications to their patients beyond restrictions mandated by the FDA – thus it was completely within the purview of Pledger’s physician to prescribe the boy risperidone for his autism. As noted above, Risperdal would eventually be sanctioned by the FDA for children as young as five when the indication for risperidone was expanded in 2006 – tagged as it was with a warning about a 2.3 percent risk for gynecomastia.

However, the heightened level of risk for Risperdal and growing male breasts was still four years out when Pledger first started taking Risperdal at the behest of his doctor. At the time, in 2002, gynecomastia was only considered rare.

Pledger, over the course of five years taking Risperdal, was seen to grow large breasts and was diagnosed with Risperdal gynecomastia. His family sued Janssen and, following a month-long trial in February, 2015 won a $2.5 million jury award (Pledger et al. v. Janssen Pharmaceuticals Inc. et al., Case No. 120401997, in the Court of Common Pleas of the State of Pennsylvania, County of Philadelphia).

In response, Janssen filed post-trial motions seeking a new trial on grounds that expert witness for the plaintiff Dr. David Goldstein had examined the plaintiff in Pledger’s home state of Alabama. The problem, as noted by the defendant, was that Goldstein was licensed to practice in Missouri and, as such may have violated the law.

Goldstein, at trial, withdrew as an expert witness in the face of the jurisdictional issue, and Pledger brought in a new expert witness. Janssen, however, cried foul asserting that the opinions of plastic surgeon Dr. Mark Solomon differed significantly from those of Goldstein. Because of that, Janssen asserted they had no opportunity to prepare an effective cross examination of the expert witness, and petitioned the Court for a new trial.

“The timing of Janssen’s motion and the nature of their accusation were extraordinary and seemed calculated for maximum surprise,” the opinion said. “If Janssen’s late motion were granted, plaintiff would have no choice but [to] move for voluntary nonsuit. If the motion were denied, then Dr. Goldstein would likely choose to take the Fifth Amendment or testify with predictable damage to his credibility. Either way, if the motion had been filed before trial, there would not have been extraordinary prejudice to plaintiff who would likely have moved for a continuance before undergoing the expense of trial.”

Djerassi also noted that Solomon had been deposed a few months prior in association with a separate Risperdal lawsuit for which he was acting as an expert witness also and thus, Janssen would have been well aware of the substance of Solomon’s testimony.

“There was no undue surprise to Janssen,” the opinion said. “The trial record shows Janssen’s trial lawyers were prepared.”

Janssen is continuing to appeal, in an effort to have the original verdict overturned. A spokesperson for Janssen said in a statement: “We continue to believe this verdict should be overturned, and we are appealing,” said Jessica Castles Smith, on behalf of Janssen. “Contrary to the impression the plaintiffs’ attorneys have attempted to create over the course of this litigation, Risperdal is an important FDA-approved medicine that, when used as part of a comprehensive treatment plan, continues to help millions of patients with mental illnesses and neurodevelopmental conditions.”

Posted by
Bouguerbous
on September 25, 2017
How can I do, we live France but the justice here not work, loyt victims waiting about drug 17 ans example zyprexa, my mother after death a daugther, the medical take her resperdal...? Nobody help here, In france we dont have the same justice