On the day that the Philadelphia Court of Common Pleas is holding a status update and discussion on the Risperdal lawsuit file, (July 11, 2017) it’s instructive to look rearwards a year and a week to July 1, 2016 when a $70 million verdict was delivered by a Pennsylvania state court jury favoring the plaintiff in a Risperdal gynecomastia lawsuit. 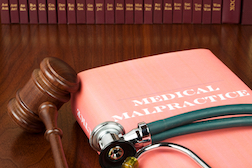 Plaintiff Andrew Yount was 13 when he was prescribed Risperdal (risperidone) for treatment of behavioral issues in association with autism. Risperdal is indicated by the US Food and Drug Administration (FDA) for use in adults, adolescents and children above a certain age.

In the Risperdal trial, jurors heard that Yount soon sprouted male breast tissue (Risperdal gynecomastia) after he was prescribed risperidone. In its case against the defendant, the plaintiff asserted that Janssen “falsified, concealed, or destroyed material evidence” related to Risperdal’s risk of gynecomastia.

Court records reveal that during trial, plaintiffs revealed for the first time a study dubbed ‘Tab 4’ that demonstrated a link between risperidone and the growth of male breast tissue. The allegation is that Janssen withheld the study, and the results from the FDA.

Risperdal and growing male breasts is an issue that has captured public attention in recent years. While enlarged breasts are often seen in overweight men who harbor an overabundance of fatty tissue in the area of their pectoral muscles, the allegation is that Risperdal spurs an increase in levels of prolactin, which is a precursor to breast development. Research has shown that Risperdal prescribed to adolescents and children can foster gynecomastia (male breast tissue) in adolescent males, and premature breast development in girls.

Emergence of gynecomastia related to use of risperidone appears to be unrelated to weight or levels of fitness. In rare cases, males have been known to lactate, or recreate fluid through the nipples.

In the Yount verdict, the $70 million award came in spite of a cap observed by the state of Tennessee which caps damage awards at $750,000. Yount, the plaintiff, is a resident of Tennessee and thus would ordinarily constrain the Philadelphia jury to find within the Tennessee cap. However, according to one of the attorneys representing Yount at trial, the plaintiff was successful in demonstrating misrepresentation or fraudulent misrepresentation on the part of the defendant at trial – and as such, the jury could exceed the Tennessee damages cap as it saw fit.

The award was all compensatory, as presiding Judge Arnold New of the Philadelphia Court of Common Pleas had previously disallowed punitive damages.

J&J and Janssen vowed at the time to claw those damages back.

In the meantime, the status update in Philadelphia today will likely hear that some 3,000 new Risperdal cases were filed in Philadelphia in the first three months of 2017 alone. These cases are in addition to the 18,500 cases J&J, in their annual report released at the end of February, already on the books by the end of 2016.

More RISPERDAL News
Doing the math, that puts the number of Risperdal lawsuits above 20,000 and climbing.

Risperdal was originally approved by the FDA in 1993. Product labels at the time revealed Risperdal gynecomastia was possible in fewer than one, out of every 1,000 patients.

However in 2006 the label was updated to reflect the potential for 2.3 patients out of 1,000 at risk for Risperdal gynecomastia. That increase represents more than 20 times the original risk assessment.

In the meantime J&J and Janssen have earned tens of billions of dollars in revenue from sales of Risperdal since it was first given the nod in 1993. In 2016, sales were $800 million. While J&J and Janssen are facing scores of lawsuits, the drug nonetheless remains a revenue-generator for the pharmaceutical juggernaut.

Posted by
Alexandra cebollero
on August 7, 2017
Misdiagmosed and forced on resperidol- I have suffered prediabetes stndrome, massive breast development including lactation and mental health isdues nausea dizxiness lack of focus and concentration, rendered unable to finish college in my senior year.. suffered immensely, while doctors and hospitals profittee from my being forced agains my will to take this hottendous drug. I was and still am a rape survivor- that is Nothing!! Compared to the treatment of being forced abd told this drug is safe- it is not! It is killing me slowly and eill shirten my lufe span and cause considerable damage to my health- i hav the records that prove this